"These are the voices I craved for decades of my life in Britain - the sheer talent, multiplicity of stories, identities and perspectives commissioned by WritersMosaic shows its potential to change our literary landscape. It could not have come soon enough.” Afua Hirsch

Today 28 April 2021 The Royal Literary Fund launches WritersMosaic - a new online platform dedicated to commissioning and showcasing original writing from a wide range of literary voices and cultures currently under represented in the UK mainstream.

The platform will launch tonight at 8pm with lively online discussion from celebrated playwright, novelist, critic and broadcaster, Bonnie Greer OBE, spiritual teacher, poet, and author John Siddique, part of the WritersMosaic editorial team and Anglo-Chinese Jamaican poet, memoirist and academic Hannah Lowe revealing what fires them to write, how they find themselves categorised and defined and the importance of writers finding their own voice. The discussion will be chaired by poet, teacher and presenter Daljit Nagra. You can join this free online event at www.writersmosaic.org.uk.

To date the WritersMosaic editorial team, made up of Royal Literary Fund Fellows, have already commissioned over 100 writers both new and established from Abir Mukherjee, Roger Robinson, Derek Owusu, Inua Ellams, Kiran Millwood-Hargrave and Paul Mendez to Alex Wheatle, Salena Godden, Niven Govinden, Zena Edwards, Shamshad Khan, Nina Mingya Powles, Courttia Newland and many, many more. All will be featured and profiled through a powerful series of authored talks, new writing, writer-to-writer conversations, creative exchanges and audio interviews, centred around recurring themes including belonging and place, heritage and the past, the natural world, ideas and inspiration.

“We are passionate about showing a whole diverse range of writers, and showing thediversity within that diversity”, says writer and member of the WritersMosaic editorial team, Jonny Wright. “We came up with WritersMosaic before the tragic events of George Floyd… and we are really passionate about showing a whole bunch of different writers from different backgrounds and showcasing them as writers.”

The site will launch with a special interview with the Booker Prize winning author Bernardine Evaristo talking to WritersMosaic Director Colin Grant about the changes to British publishing and culture following the Black Lives Matter protests, and how an initiative like WritersMosaic is both timely and vital.

There will be essays and insights from Linda Brogan, Vaseem Khan and Patricia Cumper, with new writers added and profiled every two weeks. From Linda’s powerful essay on her first journey from Manchester to Jamaica, to Roopa Farooki’s chat on the sofa with Alex Wheatle, whose life story was recently the subject of director Steve McQueen’s BBC Small Axe film, these informal, multi-voiced, writer-to-writer recordings offer a rare and intimate insight into the lives of writers, what moves them, what matters to them, and what inspires them to put pen to paper.

“In 1973 when I was 14 my dad sent me to Jamaica. It was £99. My Irish mum, Jamaican dad, brother and three sisters came with me to Manchester airport. I had a sign around my neck so the air stewardesses would know who I am. They sat me at the back of the plane to keep an eye on me. As we crossed the ocean I began to cry. It got worse when the sky was engulfed in a fiery red sunset.” Linda Brogan writing on the Past, Present and Future.

The site will also provide new insights on existing work; “the real story is unfinished, still unfolding”, writes WritersMosaic editor, Roopa Farooki in her review of Steve McQueen’s Small Axe: Alex Wheatle film. “My hope is that McQueen’s film will encourage viewers to seek out Alex Wheatle’s own words, and renew interest in his early books, which explore passion, family, brotherhood, tragedy, and the truth that sometimes there will not be happy endings. For Black British men and women, the story with a neat, happy ending is as yet unfinished.”

Each carefully curated writer profile is complemented with images and illustrations, commissioned by an editorial team of Royal Literary Fund Fellows who, as writers themselves, bring their own blend of curiosity, excitement and deep cultural and critical engagement. The team, Bashabi Fraser, Colin Grant (Director), Gabriel Gbadamosi (Founding Editor), John Siddique, Jonny Wright, Michael McMillan, Roopa Farooki, Sanjida O’Connell and Trish Cooke, work closely with each of their commissioned writers, to develop WritersMosaic as an independent, inclusive, and ever-evolving presence in the UK landscape of contemporary writing.

“One of the things that we are going to be very strict about at WritersMosaic is that we are a peer-to-peer platform; we are out there pushing out other writers so they get better known and have platforms for themselves beyond WritersMosaic and to this end we will be adhering to a certain editorial standard”, says celebrated author, historian and Director of WritersMosaic, Colin Grant.

The platform will also host guest editions from leading publishers, writers, editors, thinkers and artists who reflect on their own thematic interests and insights across genres of literature and introduce new developments. The first will be Sharmilla Beezmohun, whose theme Race in the Time of Childhood, features insights from Bobby Nayyar, Fergal Harte, Jay Bernard, Louisa Adjoa Parker, Maame Blue, Peter Kalu, Sarwat Chadda and Selina Nwulu. “Growing up in north-west London in the 1970s,” says Sharmilla, “we learned to have a radar for racism, keeping our heads down, crossing the road, sticking together to avoid trouble.”

“These new author profiles alongside themed guest editions will give audiences a unique and in-depth insight into the lives and writing practices of contemporary writers who reflect the UK’s widening literary culture,” continues Colin.

Booker Prize winning author, Bernardine Evaristo says of WritersMosaic; “It is a really important initiative; we need to have an organisation which has an overview of what is happening, an aesthetic overview, so it’s not just about numbers, it’s not just about who’s getting published and so on. It’s about what are these books communicating about who we are and can be in this society, and we haven’t had that before.”

“I am very interested in the fact, and I have written about it very recently, that because people don’t have a depth of understanding about Black British literature, or rather a depth of knowledge about Black British literature, everything’s taken on face value. So writers come along and to a certain extent sometimes do reinvent the wheel and everybody buys the story that their spinning because nobody knows that 10 years ago, 20 years ago, 30 years ago, 40 years ago, there were writers, Black British writers, doing this, but they have. As you know, I have brought some writers back through Black Britain: Writing Back, but we need to know that we have a literary heritage, we need to acknowledge that heritage and we need to be able to contextualise the body of work that has been published and that is being published within a broader understanding of who we are in this society, and that doesn’t happen. WritersMosaic can do that." 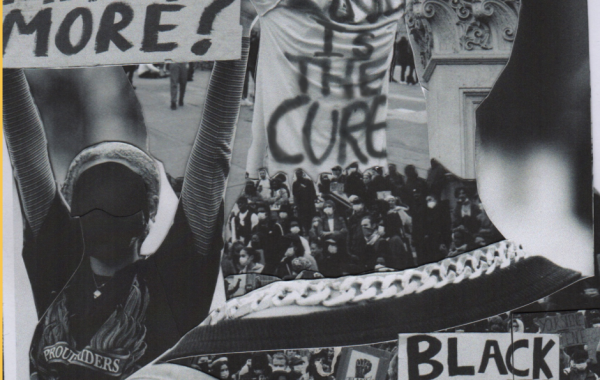