A future that features temporary pop-up parks where they're needed most, safe urban areas for children to play in developing parts of Asia, a contemporary city hub to research how parents and children can thrive, and a global digital map of traditional cultural games - these are the four exciting, innovative ideas that have just been awarded a $50,000 financial boost as part of the British Council's Elevate Startwell™ Challenge.

Developed with Lien Foundation in Singapore, the initiative invited creatives from around the world to present distinctive and imaginative new ideas to improve children’s experience of play in their early childhoods (0-8 years), reimagine urban spaces and playgrounds, and the way young children interact with space.

Childhood play is now recognised as one of the most crucial building blocks for a positive future and these four inspiring and ambitious projects are united in their aim to create a more playful vision for children around the world recognising, as Ms Katelijn Verstraete, Director Arts at the British Council East Asia has said, “creative approaches to play are key in preparing children for a world where imagination, collaboration and innovation are essential.”

Pop up Parks, from UK designer and maker James Sale, aims to create vibrant spaces in urban environments that encourage children and families to spend more time being playful outdoors. The initiative transforms under-used urban places into playful outdoor environments and works closely with local communities to both organize a number of pop-up park events and draw up a legacy plan to ensure they support residents to create new and enriching environments that are made to last.

Filipino visual artist Francis Sollano addresses the issue of livability in his project The Great Urban Challenge. His aim is to engage and revitalise communities by co-designing with children to make sustainable green-art parks in decaying urban spaces with the aim of enhancing the children’s quality of life and the community’s future.

Playeum is a Singapore-based organisation, which is focused on creating real social change and driving advocacy for play in Singapore. With a particular emphasis on parents, Playeum creates opportunities for parents to take action, to change the environments in which their children grow and develop, and inspire other parents to do the same.

Collecting and connecting traditional play cultures from around the world to develop a global network of play, Playfinders is an interactive crowdsourced map revealing traditional games from around the world from both past and present. Created by UK based creative Paul Drury, Playfinders helps children source and learn new games, gain fascinating insights into other cultures and contribute to the user-generated play archive.

To find out more about ELEVATE or to become an ELEVATE partner for future Challenges, visit www.britishcouncil.sg/elevate-challenge 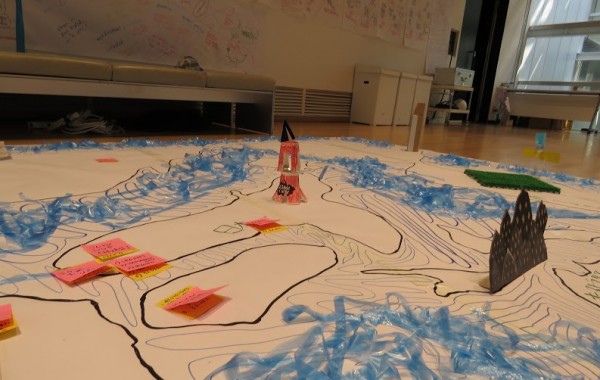