On Tuesday 16 June 2015 the Royal Anthropological Institute will launch its 14th International Festival of Ethnographic Film, which for the first time will be held at Bristol’s celebrated cultural arts centre, Watershed. Throughout its celebrated history, the Festival has led the way in discussions about documentary making, and the relationships between film, anthropology, visual culture, advocating cultural diversity by fostering an intercultural dialogue through film. And this year is no exception featuring over 70 diverse and internationally award-winning films, created by anthropologists and documentary makers from all corners of the globe.

Mexico has a big presence this year with Ambulante, a non-profit organisation, dedicated to supporting and promoting international documentary cinema as a tool for social and cultural change.

“Ambulante Beyond works with young people and community organizations with little or no access to visual media training opportunities”, says Dr. Antonio Zirión, Professor and acting Chair, Anthropology Department, Metropolitan University, Mexico, and project consultant in Ambulante Beyond. “We believe it is essential for the new opinion leaders to have access to communication tools, which will enable them to disseminate and share their personal, local and regional interests to a constantly growing audience.”

Ambulante is presenting three films at RAI’s Festival as part of a community film workshop, run by Antonio. Campo #9, by Mayan director, Carlos Rivero Uicab, who worked for four years with Abraham and his family of Mennonites who have lived in the Campeche region for over a decade. The documentary is a powerful portrayal of the Mennonites’ way of life from the point of view of a Mayan director. Los Guardianes del Mayab by Director/Anthropologist Jaime Magaña, which traces the story of Luis Puc, a Yucatecan Mayan jmen (shaman). He dies and travels to the dimension of the seven heavens where he meets the báalam (guardians). Through them, he receives healing powers and wisdom, which he uses to come back to life to help his fellow man. The final film in the Ambulante series is by Isis Contreras called Kutaay, which tells the story of 22 year old Mixe, a respected artist in his traditional Fijian community who is rejected simply because he is a skater.

“We seek to celebrate the diversity and contribute to the democratization of audiovisual production by fostering stories told from a unique cultural and aesthetical perspective,” adds Carolina Coppel, director of Ambulante Beyond, “without imposing on them audiovisual homogenizing conventions. We want to build bridges and windows to foster an understanding of the needs marginalized Mexican communities have and open spaces for them to share their stories”.

“We are delighted to be able to present some of our films at RAI’s International Festival of Ethnographic Film this year, which embodies our outreach to new international audiences and truly reflects our purpose to take Ambulante Beyond… “.

To find out more about Ambulante’s programme at the Royal Anthropological Institute’s International Festival of Ethnographic Film go to: http://www.raifilmfest.org.uk/programme 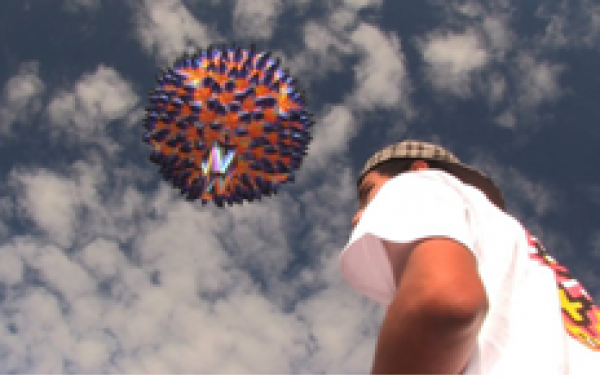