Posted on February 7 2017 by Lorelle Mykoo

Tuesday 7 February 2017, London UK: A new report out today from drug policy think tank, Volteface, Black Sheep: An Investigation into Existing Support for Problematic Cannabis Use, reveals that a legal regulated market would better support people experiencing problematic cannabis use as the sector is lacking a clear, effective strategy for linking people into support and guidance. With the current illegal and unregulated market reducing the visibility of cannabis users, practitioners have reported that “we’re just fumbling around in the dark trying to find them”. Among people showing signs of cannabis dependence, only 14.6% have ever received treatment, help or support specifically because of their drug use, and 5.5% had received this in the past six months.

Although the number of people seeking support for problematic cannabis use is on the rise, cannabis remains a neglected drug in UK public health discourse and there is limited support and guidance available. The disparity in how cannabis is prioritized by drug and alcohol providers, wider community services, local authority commissioners and public health bodies, has impeded the quality of support and guidance available.

It has been estimated that 2.6% of the adult population (aged 16 or over) showed signs of cannabis dependence, which is up to 1,150,000 people, though it is expected that the actual number of people who meet the threshold for clinical dependence will be far lower. National Drug Treatment Monitoring System data shows that cannabis accounts for 21% of all problematic substances cited in UK substance misuse treatment centres and 79.7% of adults listing cannabis as a problematic substance are entering treatment voluntarily. New presentations for cannabis treatment increased by 55.2% between 2005-2014. This data profoundly signals that there is a significant need for increased support and guidance for problematic cannabis use.

Symptoms of problematic cannabis use include:

From its research and findings, the Black Sheep report makes a series of recommendations including:

“There is not enough support for people experiencing problematic cannabis use and what we do have isn’t working as well as it should. It is striking that there has not been a greater response to cannabis considering the steep increase in people seeking treatment and the relatively poor outcomes that are being reported. What is most worrying is how many people are outside of support and guidance, with the illegal, unregulated market restricting how well interventions can be targeted. Moving forward, we need policies which appropriately prioritize the needs of people experiencing problematic cannabis use and a legal, regulated market which links them into support and guidance.” (Lizzie McCulloch, Policy Advisor, Volteface)

“The current configuration of cannabis treatment matches the chaos of the clients who are presenting in increasing numbers to those services. An urgent review is needed to ensure these people receive the optimum not the minimum treatment response.” (Ian Hamilton, Lecturer, University of York)

“Street cannabis clearly carries health risks. By treating the sale and consumption of cannabis as a crime, we are relinquishing any form of control over the potency of the product, and making it harder for people to get help when they need it. This report highlights the opportunities that a legal, regulated market would create for better treatment and harm reduction."(Nick Clegg, Lib Dem MP for Sheffield Hallam)

“It is clear to everyone that drugs policy has failed and now needs to be reformed root and branch. This report brings yet more evidence to show that the Government’s approach to cannabis simply is not working. We need to change the tenor of the drugs debate in this country, ensuring it is evidence-based, so that we can work to support those who need support, rather than branding all drug users as criminals.” (Alistair Carmichael MP, Lib Dem MP for Orkney & Shetland)

“If you have a regulated market and specific points of contact where people can get cannabis, there’s no reason why drug treatment services couldn’t work alongside those shops. They could have posters up, they could have drop ins, they could have people who go in there, they could have clinics open during the day, night, you could do lots of thing to try and bridge the gap. Right now, were just fumbling around in the dark trying to find them, whereas a responsible and regulated market provides a doorway in.” (anonymous substance misuse manager)

“Local commissioners now have more freedom to tailor services to the specific needs of their local area, and so there is the option to redirect resources to support people with issues relating to cannabis use. But at the same time, funding for Public Health departments is being cut and local authorities more broadly are under increasing financial pressure. In this struggle over scarce resources, it may become increasingly difficult for treatment services to address the full range of needs for support in society - including for cannabis use disorders. This report raises interesting and important questions for commissioners and providers to consider as we move into a new era for substance misuse treatment.​” (Will Haydock, Senior Programme Advisor, Public Health Dorset; Visiting Fellow, Bournemouth University)

The report can be downloaded here: http://volteface.me/publications/black-sheep/

The call to legalise cannabis gets cross-party support

“I welcome this report, and agree that a legal, regulated cannabis market offers much greater support for users and is far better for general public health. The Liberal Democrats believe that the most dangerous thing is to leave cannabis uncontrolled in the hands of criminals, which is why we became the first UK political party to call for a legalised market in March 2016”.

"Street cannabis clearly carries health risks. By treating the sale and consumption of cannabis as a crime, we are relinquishing any form of control over the potency of the product, and making it harder for people to get help when they need it. This report highlights the opportunities that a legal, regulated market would create for better treatment and harm reduction." Nick Clegg, Lib Dem MP for Sheffield Hallam

“This report is a welcome contribution to the debate on drugs policy.  History will view the ‘war on drugs’ as a calamitous failure, and it is high time for a new approach based on evidence rather than prejudice. Banning drugs does not reduce levels of drug use or drug-related harm.  Rather than putting the health of drug users first, it puts money into the hands of criminals, unfairly stigmatises young people who are doing no harm to others, and prevents addicts from seeking support and treatment when they need it. The case for a legalised cannabis market on public health grounds is overwhelming, with regulation on the price, potency and packaging of products.  Britain should take note of countries like Portugal, where decriminalisation and a stronger focus on treatment has led to improved health outcomes and fewer drug-related deaths. Ministers simply cannot afford to ignore this issue any longer.”

“I welcome this report’s evidence that a legal, regulated market for cannabis would significantly reinforce and enable public health efforts to inform users about the risk profile of drugs and signpost access to treatment. If this regulated market was also taxed that treatment could be paid for.”

“It is clear to everyone that drugs policy has failed and now needs to be reformed root and branch. This report brings yet more evidence to show that the Government’s approach to cannabis simply is not working. We need to change the tenor of the drugs debate in this country, ensuring it is evidence-based, so that we can work to support those who need support, rather than branding all drug users as criminals.”

"Welcome to this reasoned practical approach to drug harm. The disorder and danger of an uncontrolled market multiplies harm. World opinion is moving towards drug policies that work and reduce crime and addiction. This report is a step forward.”

Volteface is a think tank looking at alternatives to current drug policies. We cultivate fresh thinking and new ideas via our online and print magazine and an ongoing programme of private and public events. Volteface covers the policy and politics of drugs from the perspectives of science, health, lifestyle, culture, business and economics. Our ambition is to broaden the range of voices and perspectives to enliven and elevate this debate. Volteface works with an array of partners across civil society, business, media and government to foster public engagement, formulate new evidence-based policy ideas and as a thoughtful advocate for change. We are UK-based and focused whilst engaging with ideas and practice from across the world. 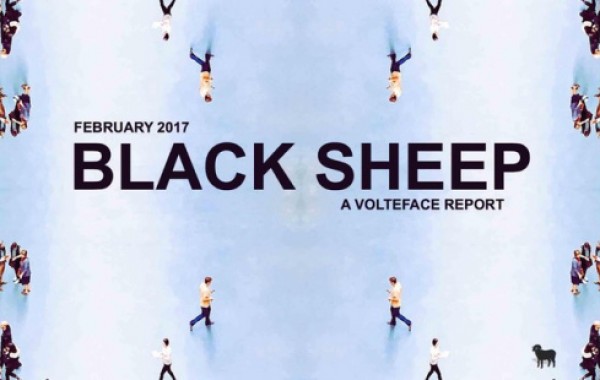