Watershed: Talking about my generation… Announcing 20 Stories From Britain’s Youth

Posted on February 7 2017 by Lorelle Mykoo

We are thrilled to announce that award-winning Bristol-based author Nikesh Shukla is collaborating with the team of young journalists behind Watershed’s Rife Magazine on their very own book! And we need your help to get this brilliant idea off the ground…

Against the tumultuous backdrop of 2017, the stories set to appear in the book prove young people are still full of ideas and aspirations. And perhaps they’ll fill you with hope too.

Here's Nikesh on why this book needs to happen right now:

“The voice of this generation is noticeably absent from mainstream media, online comment pieces and from news reports. The country is pretty messed up and our future is looking gloomy. Britain’s young people have to live with the repercussions of what the older generation have done - they didn’t vote for Brexit, or vote in this Conservative government, and you know what? They’re sick of being talked about instead of talked to.

We see countless think-pieces trying to work out how millennials think. Rife Magazine is all about centring the voices of as many young people as possible, and we thought it was about time we took these exciting voices and gave them a platform to talk about what Britain looks like now. I particularly love the essay format because it allows writers to tell their stories in their own voices, and through that lens, we get to peer outside our own echo chambers.”

Nikesh, editor of bestseller The Good Immigrant, a collection of timely essays exploring what it means to Black, Asian and Minority ethnic in Britain today (and recently voted as the great British public’s favourite book of 2016 at the Books Are My Bag Readers Awards) also edits Rife Magazine. He was inspired by the incredible response to The Good Immigrant and the ability of the publisher, Unbound, to bring books to market quickly, so they decided to use the same model to tell untold stories of Britain’s disenfranchised youth.

Rife is a Watershed project, made by young people for young people. Rife Magazine and Guide are supported by Bristol Youth Links in partnership with Bristol City Council.

Sammy Jones, who previously worked at Rife as a young content creator, will be co-editing the book with Nikesh, said:

“So here’s our big idea for a book. Written for you by us. .. If you think that’s all a bit in your face, you should know that it’s never been harder to be young, so it’s no wonder we’re angry. One in four people under 25 will be affected by mental illness. As university fees rise, job opportunities dry up and houses get more expensive, we are facing an ever-expanding chasm of doubt, instability and buckling down for a really, really rough time for the rest of our lives.

Oi, editors! What are you so scared of? Why aren’t you commissioning us? It looks like it’s up to us to commission ourselves. So that’s exactly what we’re going to do!”

The writers commissioned so far - all aged under 24, living all over the UK - include Ella Marshall, Liv Little, Amber Kirk-Ford, June Eric-Udorie, Rosalind Jana, Ailsa Fineron and many more. What they all have in common are their essential insights into what it means to be young in Britain right now.

Like the sound of this? Get involved now by supporting the campaign over on Crowdfunder and you’ll be thanked in print – see here for all the ways in which you can help.

And if you’re under 24, with an interesting story to tell, be part of the Rife book and contribute your story - get in touch and read our FAQ now: rife.at/rifebook - there’s still plenty of room for writers new to us with important stories to tell. 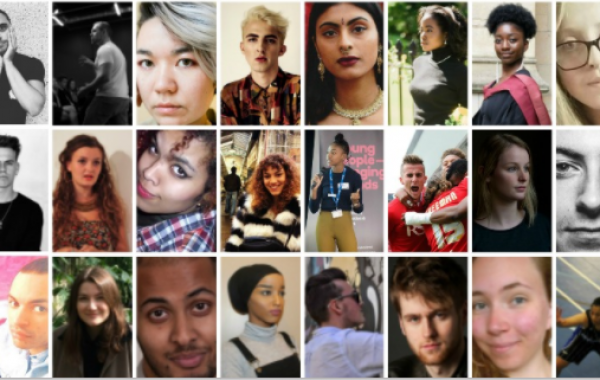