“Whitley has a fecundity of ideas, the skills to make them theatrical and he floods the stage with feelings and vivid, stimulating dance” – Financial Times

Alexander Whitley, renowned choreographer working at the cutting edge of British contemporary dance and with the new creative possibilities opened up by digital technologies, announces new work Overflow, a compelling and timely exploration of what it means to be human in the era of big data. Overflow will premiere at DanceEast on 8 November 2019 before touring internationally including the London premiere at Sadler’s Wells Theatre on 17 April 2020.

Alexander Whitley says, “Behavioural data, mined from human experience, is now the primary commodity in a communication system designed to know everything about us while remaining unknowable to us. Recording our every click and ‘like’ in order to predict and modify our behaviour, our ability to act freely and our relationship to the future are fundamentally changed. In making Overflow, I’ve drawn inspiration from a wealth of fascinating writing exposing the social, political and psychological transformations we are experiencing in the era of big data and considered the impact this is having on personal autonomy and collective action.”

As Artistic Director of Alexander Whitley Dance Company (AWDC), New Wave Associate at Sadler's Wells, a former associate at Rambert and former choreographic affiliate of the Royal Ballet, Whitley has received significant attention for his past works exploring the impact of technology on contemporary human experience and his ground-breaking use of interactive tech to redefine the parameters of choreography.

Alistair Spalding, Artistic Director and Chief Executive, Sadler's Wells Theatre says “Alexander’s work is of particular interest and significance for the way in which it engages with contemporary thinking and current issues. He creates not only beautiful and interesting forms of movement but conceives of choreography as the embodiment of an intellectual pursuit.” 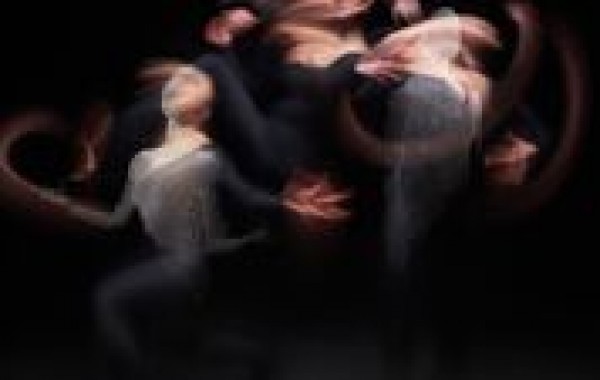