This is going to get a bit confusing so bear with me. It was my first night out clubbing which is kind of a big thing because I am more of a stay at home watching telly or reading a book kinda person. Anthony, a friend I made at a photo shoot and my new self-proclaimed adopted brother, and I had been wanting to go out for ages and so we made it happen.

We first went to Balans where we had really yummy cocktails and just caught up with each other and then went to a burger bar for a bite to eat. Anthony seems to know Soho quite well (gay) so I gladly followed him around and can I just say – being his adopted sister has its benefits. So, after the burger (which I really needed), we went to a bar where all the pretentious up-and-coming gay men hang out and to be honest, a lot of them looked like they had never been outside their mothers’ houses before. So, we both had a G&T and Anthony got chatted up – this is where things start to get complicated.

As far as that night is concerned, my name is Sandra and Anthony is Michael, my cousin on my dad’s side. There were some other details to do with where we’re from but I don’t remember, it seemed unimportant to me but it was at this point where I got totally confused because I am NOT good at improv but I went with it and I had to talk to the friend of the man who was chatting up ‘Michael’ because I’m from South Africa and he was half South African like me. Anyway, we finished our drinks and moved on – we had said we were going home so that we didn’t have to go to a bar with these people and so they didn’t buy us drinks but we went to a club called G-A-Y.

This was my first clubbing experience. I don’t think it’s really my thing, to be honest… loud noise, flashing lights and lots of people in a small space. However, I did enjoy myself. Anthony and I had another drink and went to stand in a corner to watch people dancing which was highly amusing and again, he got chatted up.

The man chatting Michael up had a friend (of course) who talked to me so I wasn’t being a gooseberry and thought Sandra was the cutest thing because she’s an 18-year-old and it’s her first time at a club! He pulled me to the dance floor and kept telling people to dance with me – he kept saying “Sandra’s in the house!” and “Sandra’s here!” which made me want to disappear! He was very sweet and well meaning. At one stage, I went back to standing by the wall in the corner where two guys (much older than me) tried chatting me up but I told them that I’m a lesbian which isn’t too far from the truth. My new fan came to my rescue though, bringing two girls whose names I have forgotten but he got their names wrong anyway and he insisted I dance. I don’t know how to dance.

He took my bag and hoodie from me so that I could dance and then he put my stuff down and picked me up and threw me into the air! Then he went to get another drink and offered me one, which I declined but he told those girls to look after Sandra and if they didn’t, they’d be in big trouble! It was at this point when I looked at my phone and realised that I needed to go home so Anthony and I said goodbye and left. That was my first night out and might be my last but it was very fun all the same. 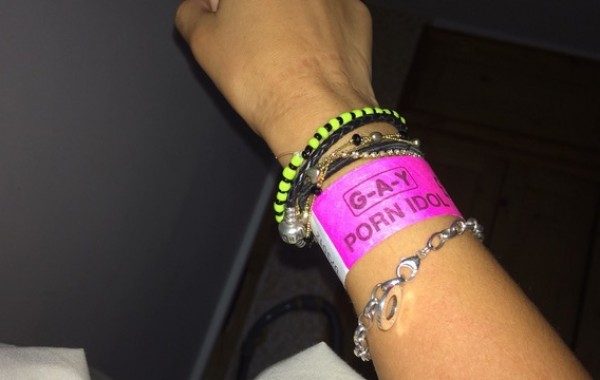