In advance of the BAFTA Film Awards this evening, leading women from the film, theatre and TV industry – including Gemma Arterton, Gemma Chan, Noma Dumezweni, Naomie Harris, Keira Knightley, Carey Mulligan, Sophie Okonedo, Florence Pugh, Gugu Mbatha Raw, Saoirse Ronan, Andrea Riseborough, Emma Thompson and Emma Watson – have signed an open letter to call for an end to harassment, abuse and impunity across all industries. This letter, published in The Observer, has been drafted in unity with organisations and activists working to advance equality and women’s rights, who have also penned their own open letter envisioning a safe and just society and highlighting the multiple forms of abuses of power that persist in the UK today. Both letters highlight that current social movements have brought us to a real tipping point of change.

The letter from women working in entertainment calls for an end to the tolerance of sexual harassment, violence, abuse and discrimination in all sectors of society. It states: “This movement is bigger than just a change in our industry alone. This movement is intersectional, with conversations across race, class, community, ability and work environment, to talk about the imbalance of power.”

It goes on to say: “In the very near past, we lived in a world where sexual harassment was an uncomfortable joke; an unavoidable awkward part of being a girl or a woman. It was certainly not to be discussed, let alone addressed. In 2018, we seem to have woken up in a world ripe for change. If we truly embrace this moment, a line in the sand will turn to stone.”

“We bear witness each day to the ways that adult women, young women and girls are subjected to violence in every sphere, from the home to the workplace. We know that many women are subjected to abuse, which is not only about sex and gender, but also about factors such as race, ethnicity, sexuality, class, disability, age, and more; and we know that this compounds the marginalisation that women have to face. We recognise that the ways in which women in the entertainment industry have been silenced, mirror the ways that women are silenced by individual perpetrators, by companies, by families, by institutions, by communities, and by the state. For each woman in the entertainment industry who has spoken out, there are thousands of women whose stories go unheard..... These are not isolated incidents. This is about power and inequality; and it is systemic.”

Outside of TIME’S UP, both groups of women have united to support a new fund, the UK Justice and Equality Fund, which will resource an expert network of advice, support and advocacy organisations and projects across the UK. The Fund aims to make workplaces and other contexts just, safe and equitable for all and ensure that anyone who has been subjected to harassment and abuse, including sexual violence at work, is better able to access support and justice. The Fund will be managed by Rosa – the UK Wide Fund for Women and Girls – and donations are being collected via a GoFundMe page (www.gofundme.com/Justice-and- Equality-Fund).

Marai Larasi MBE, Executive Director of Imkaan, a leading Black feminist women’s organisation, and co-Chair of the End Violence Against Women Coalition is one of the signatories. She said:

“It was incredible to walk the red carpet with Emma Watson at the Golden Globes as part of the TIME’S UP actions in the US. We both committed to bringing this home, and we are honouring that commitment. It’s been so moving to see how women in the entertainment industry and women activists have united to call for systemic change. Sadly, the UK organisations that have spent decades supporting survivors, and who are also at the forefront of creating change around issues such as sexual violence, are often chronically underfunded and struggling to meet demand. That’s why I’m thrilled to see that so many people have already donated to the Justice and Equality Fund[1] . This will provide much needed resources

that will ensure that survivors are able to access support, and that the women that are working to create a just, equitable society free from sexual harassment and violence are able to continue the fight for change.”[2]

Inspired by their peers at the Golden Globes in Los Angeles last month, many BAFTA guests will be wearing black on the red carpet tonight as a symbol of unity, while others will be wearing TIME’S UP pin badges in support. Andrea Riseborough, Gemma Arterton, Gemma Chan, Naomie Harris, and Tessa Thompson will also be accompanied by activist guests, who will stand alongside them to show solidarity with people across all industries who have experienced inequality and abuse.

This action is the first public manifestation of a growing TIME’S UP movement in the UK and follows this week’s unveiling of new industry-wide guidelines and standards on harassment in the film industry. 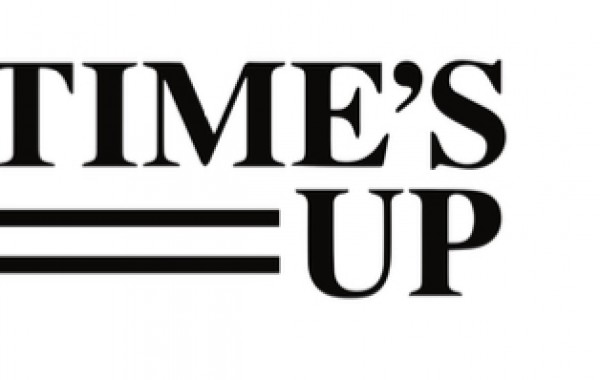