A world premiere exhibition of work by internationally renowned media artists and unique, large-scale 3D printed sculptures, locally made and placed across the city, will be just two of the headline projects on show at new media arts festival, York Mediale 2018, it was announced today.

“York Mediale is a brand-new festival for York – and indeed, the UK - providing a city-wide showcase for leading international digital artists and the best emerging media art talent from the UK and across the globe. We will be exhibiting exciting work from visionary artists, and introducing young people – from primary school to university students – to a whole range of exciting opportunities,” comments York Mediale’s Creative Director, Tom Higham. “We are working with the community and creative partners from the ground up, to create work that is challenging, inspiring and a lot of fun – we want people to experience something completely new, unexpected and different. We are developing a unique set of projects, commissions and installations made in, for and in response to the most beautiful historic city in the country. The work will premiere here in York, and several projects will then go on to tour the world.”

Tom revealed that the first two major commissions now confirmed for York Mediale 2018, which will run from 27th September to 6th October 2018, will be:

Festival attendees from 27th September to 6th October 2018 can also expect a full programme of live performances, dance and music across the city throughout the 10 days, with headline performances planned in some of York’s grand old spaces and some of the freshest new sounds in emerging music playing in lesser known spaces. In collaboration with established local promoters, York Mediale is planning residencies and performances at live music venues across the city as diverse as the National Centre for Early Music and The Crescent Community Venue, Micklegate.

Whilst York Mediale’s final programme is set to include exhibitions, installations, live performances, workshops, presentations and symposia, one of the core aims of the festival is to create sustainable, on-going activity all year round, that has tangible benefits for the city and the region. One area of major focus here will be York’s thriving technology and gaming sectors. “York already has a strong core of businesses, academics and creative individuals who are working right at the forefront of emerging media and technology, including game design, immersive virtual reality projects, the future of broadcasting, and innovative approaches to engaging with the city’s heritage through technology,” adds Tom Higham. “We hope to bring these communities together to share what they are developing and what they are learning with a wider audience, so that the city can truly benefit from the momentum and opportunity that is building here in York at the moment.”

“We also want to offer as many personal, professional and creative development opportunities that we can to young people from our Universities and from the wider community, who are inspired by and interested in what can be achieved when art and technology are brought together. We aim to make York a place to start things, try things, experiment and create with impact. What we have started with the Future Fires programme this month is only the beginning.”

York Mediale is being co-ordinated by a not-for-profit Community Interest Company (CIC) and is supported using public funding from the National Lottery through Arts Council England. Partners in the realisation and delivery of the festival include City of York Council, Make It York, The University of York, York St John University, York Museums Trust, Science City York, the Guild of Media Arts, along with many other supporters involved in media and arts in the city. York Mediale will mark and celebrate York’s status as the UK’s first, and only, UNESCO Creative City of Media Arts.

For more details, or to keep updated on the York Mediale 2018 programme, please visit www.yorkmediale.com. 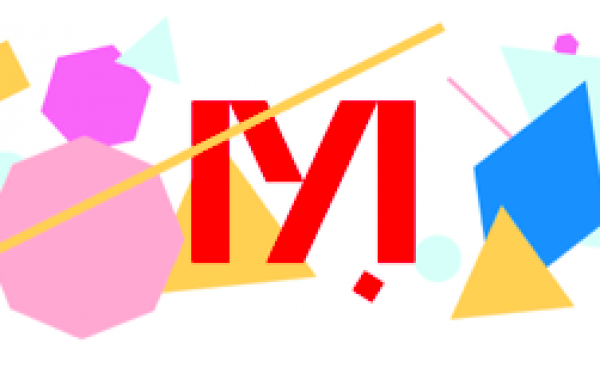