Posted on December 23 2021 by Danya Agababian

The Women's International League for Peace and Freedom (WILPF), one of the world’s longest-standing women’s peace organisations, has just annoucned the launch of its photography competition dedicated to exploring notions of militarised masculinities and documenting the relationship between masculinities, conflict and peace, violence and care.

“We are looking to discover and elevate the ways in which the global photographic community interprets and renders contemporary masculinities as they embrace or reject violence. We invite photographers from the photojournalistic, fine art and documentary realms to share their work related to masculine expression.” Pete Muller, lead juror and award-winning photographer

Full details on how to enter below and in this VIDEO Pete Muller explains what inspired WILPF to launch the competition.

"Societies throughout the world have seen war, conflict and violence influence ideas about manhood,” says Dean Peacock, Director - Countering Militarised Masculinities, Mobilising Men for Feminist Peace, Women's International League for Peace and Freedom. "To explore and examine how men’s identities become militarised, as well as how men resist this, we are launching this photography competition and inviting photographers of all backgrounds and practices to submit images that depict militarised masculinities and alternatives to it, capturing men’s relationship to conflict and peace."

The winners will be announced in March 2022.

How to Enter: For full details and to enter please visit www.wilpf.org/mobilising-men-for-feminist-peace

Gael Almeida is Regional Director for Latin America at the National Geographic Society where she oversees the Society’s storytelling projects and facilitates collaborations between visual artists throughout Latin America, and has over 20 years experience working with governments, academic institutions and civil society organisations.

jahi chikwendiu (born: James Clay Fishback, 1968, in Lexington, KY, usa) was born from and raised by what he considers a Queen of a Black Woman in Lexington, Ky.  Experiencing such a woman navigate life against the struggles of racism and sexism in central Kentucky has valuably influenced his life-lens.  jahi taught high school math for a year before being offered a photojournalist position at Lexington (Ky.) Herald-Leader.  From the beginning, jahi pointed himself toward stories that explored the lives and struggles of “minority” peoples and cultures, joining The Washington Post, where he has been a staff photographer since January 2001.  jahi has worked on five of our seven continents to tell stories that focus on those who have been pushed and kept outside the margins of well-being.

Jehan Jillani is Visuals Editor for The Atlantic Monthly and former lead picture and visuals editor at the Guardian US. She has also worked at National Geographic, The New Yorker and Magnum Foundation.

Paul Moakley is Editor at Large for Special Projects at TIME, formerly their Deputy Director of Photography and Visual Enterprise. Produces special projects such as the recent "Opioid Diaries" and TIME's Person of the Year. He was part of the Emmy award winning team for TIME’s interactive documentary Beyond 9/11: Portraits of Resilience.

Tasha Dougé is a Bronx-based, Haitian-infused artist whose body of work activates conversations around women empowerment, health advocacy, sexual education, societal norms, identity and Black community pride. Through conceptual art, teaching and performance, Tasha devotedly strives to empower and forge broad understanding of the contributions of Black people, declaring that her “voice is the first tool within my artistic arsenal.” She has been featured in the New York Times, Essence Magazine and Sugarcane Magazine

Pete Muller is an American photographer, researcher and producer whose work focuses on masculinities, conflict and human ecology who spent 15 years living and working in Africa and the Middle East chronicling conflicts and social dynamics in South Sudan, Democratic Republic of Congo, Somalia, the Palestinian Territories, Zimbabwe, Sierra Leone and elsewhere. His ongoing project, A Tale of Two Wolves: Men and Behavior, examines the social cultivation of masculinities. 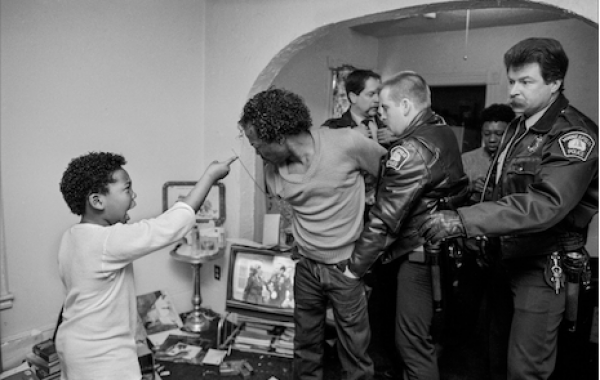