Posted on August 4 2017 by Yasmin Kerr
Photo Credit: Star Light, Star Bright maps the night sky onto the streets of Oxford via pressure sensitive lights embedded in the ground

Smart Oxford Playable City Commission reveals the first winner of the commission which places shared experience firmly at the heart of the future city.

Friday 4 August 2017: Today Watershed and Smart Oxford are delighted to announce the winner of the first Smart Oxford Playable City Commission is UK based, award winning Guerilla Dance Project, who will encourage citizens to activate beams of light to map star constellations from the night sky onto the streets of Oxford.

Last month, Watershed and Smart Oxford unveiled the shortlist of six projects, selected from 82 applications from artists, designers, architects, technologists and creative practitioners from 28 countries around the world who had proposed new and distinctive ideas to respond to the theme Shared City.

Star Light, Star Bright maps the night sky onto the streets of Oxford via pressure sensitive lights embedded in the ground. Placed in clusters across the city, the lights encourage players to gather together to map constellations from the night sky. Each “star” will shine brighter as more are activated, until the final star cues super bright beams of light – bathing the people beneath in a constellation of stars. This city-wide intervention brings life to dark, winter streets connecting strangers for a shared moment of discovery and wonder.

The judges were particularly excited by opportunities for connection between the diverse populations who live, visit and work within Oxford and the connection to Oxford’s history of space exploration from Radcliffe Observatory to the European Space Agency at Harwell. As winners of the Award, Guerilla Dance Project will receive £30,000 and guidance to help realize their ideas. The winning idea will be unveiled in Oxford in Winter.

Hilary O’Shaughnessy, Lead Producer, Playable City, says, “We are delighted to work with Guerrilla Dance project on delivering Star Light, Star Bright. From dancing cranes to robot activated dancing, Guerrilla Dance Project have consistently delivered exciting playable projects that are accessible, inclusive and unexpected. We look forward to dancing together under the stars in Oxford this November.”

Francesca Perry, Editor, Thinking City and member of the Judging Panel, says, “Star Light, Star Bright is a perfect and playful installation for Oxford and its participatory element really reflects the "shared city" theme, as friends and strangers alike will make the constellations glow bright. For me its inclusivity was key: all ages, all abilities, all communities can engage and play with it’

Sebastian Johnson, Vice-Chair of Smart Oxford and Principal Economic Development Officer at Oxford City Council, says, “We are excited to announce Star Light, Star Bright as the winner of Playable City, and look forward to working with Guerilla Dance Project to deliver a spectacular installation in Oxford. The project will bring people together to look up and explore the stars, and we hope to use it to highlight Oxfordshire’s strong links to the country’s growing space industry.”

Councillor Ian Hudspeth, Leader of Oxfordshire County Council, says, “We know that this project will capture the imagination of those who live, visit and work in and around Oxford. Bringing smart technology and thinking to new and existing audiences helping to put Oxford and Oxfordshire at the heart of influencing how future cities will interact with citizens.” 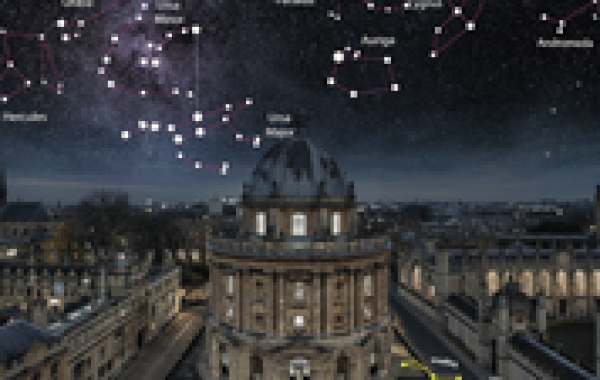