Susanna White, the first female director to bring Le Carré to the big screen, on the importance of showing a more representative society on film

"It continues to surprise me how often, when I step onto a set, people say it’s good to have a woman directing; but it probably shouldn’t. The latest set of statistics published by Directors UK show that films are six times more likely to be directed by a man than a woman. My latest film, Our Kind of Traitor is adapted from John le Carré’s novel and sits in the high-end budget bracket, where women direct only 3% of films.

As a woman, it is possible I bring a different view, angle and tone to the work. Directing involves endless choices, from making casting decisions on a set and collaborating with the screenwriter, to deciding how a scene is covered visually and which extras are in it. Heads of department come to you with questions about everything from which wallpaper should decorate a room to which type of guns the Russian mafia should carry. Any ten directors would choose things completely differently, and certainly the choices I make are coloured by what interests me, by my taste and by what I have experienced in life.

One of the things I really love about this film’s story is how it looks at masculinity. Ever since I made the HBO series, Generation Kill set in the macho arena of the US marines, I have been intrigued by male worlds. I liaise with screenwriter Hossein Amini (Drive, Wings of a Dove), who has done an incredible job. As a director, he is one of those writers that you long to work with. He has written an opening that has a dozen pretty ballerinas moving en pointe across a stage in Moscow. I suggested we keep the setting of the ballet but instead use the image of the muscular, male ballet dancer, Carlos Acosta, suspended in the air and shot in ultra slow motion. I wanted to open the film with a visual contemplation of powerful masculinity; vulnerable and hanging (literally) in the balance.

One of the things that drew me to the script is that it is very contemporary. At the start of the film we see Ewan McGregor’s character, Perry, at a difficult moment in his marriage, and questioning his role in the world. His wife Gail (Naomie Harris), is earning more money as a barrister than he does as an academic, and seems to be having a much more exciting time of it too. His pride is dented. I asked that we give Harris more dialogue – although it is primarily Perry’s journey that drives the film, I want to hear her take on things as they get caught up in the world of the mafia and M16. Another of the film’s key characters, Tamara, played by Saskia Reeves, had literally no dialogue in the early iterations of the script – a hangover from the book where she is written as a totally silent Russian, unable to communicate with those around her. I worked with Stellan Skarsgård, who plays her husband, and Reeves, to give the relationship substance and depth through improvisation.

The 1st Assistant Director, Lee Grummet, provided me with a list of possible extras for a big meeting scene at the Foreign Office and to act as signatories to a document in a Swiss bank. I ask that we make sure we have a good representation of women in both these situations – not just as admin staff but also in positions of higher power and responsibility. By putting women in even a fictional boardroom, it sets up the idea that it’s the norm. As Geena Davis has pointed out, after the Hunger Games was released the number of girls taking up archery shot up – so these things are important. I want young men and women watching the film to see the world as it could be. In 2014, 59% of civil servants in the UK were women – but only 16% had senior roles as Permanent Secretaries. By showing a more representative society on screen I hope I can go some way to redress subconscious gender bias and encourage equality in the real world." 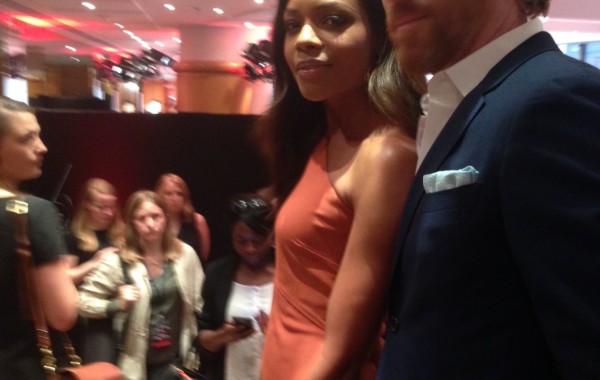