Freedive with the world’s largest predators in The Click Effect

The Click Effect is a live-action, immersive VR experience following two renegade marine science researchers as they attempt to freedive a hundred feet below the ocean’s surface in a single breath to capture the “click” communication of dolphins and sperm whales – the world’s largest predators. It is one of the first VR films to be shot almost entirely underwater and includes never-before-seen 360 footage of face-to-face encounters with bottlenose dolphins, pilot whales, humpback whales, and giant sperm whales.  The film was created by Sandy Smolan and James Nestor and shot in The Cayman Islands, Reunion Island in the Indian Ocean, and Hyeres in the Mediterranean Sea and was based on Nestor’s book, DEEP.

Presented by Annapurna Pictures and Vrse.works, The Click Effect is the first VR film published as part of The New York Times Op-Docs series and the first project in a series of immersive journalism experiments commissioned by the Sundance Institute, with the generous support of the MacArthur Foundation.

The Click Effect is also available on the Vrse app and NYTVR. Viewers will be able to watch by downloading the Vrse app (Apple iTunes, Google Play and Oculus Gear VR) and view with Cardboard or a VR headset. 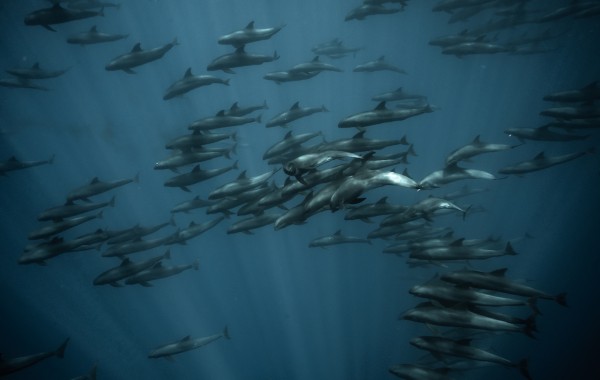