A Father is for life… Not just for Father’s Day

I remember writing for the International Day for the Elimination of Violence against Women on 25 November last year, where we highlighted the ever-shocking stat that 1 in 3 women worldwide have experienced physical or sexual violence, mostly by an intimate partner. And there was a clear fact: men confuse manhood with violence and control. Consequently, this notion is passed down through generations. I concluded that the world could not function properly without safe and happy women, who are the life givers and carers. But as another Father’s Day passes, I have to add one very important factor: it would be impossible to imagine a life without the presence and the support of a man, of a father.

A week ago I was in New York for the State of America’s Fathers summit hosted by Promundo and Fatherly where the country’s leading influencers, policymakers and game-changers unveiled the State of America’s Fathers 2016 report and gathered for an honest look at what it means to be a dad in the United States today, how it’s different than ever before and the future of a fatherhood revolution. Spoken word poet J. Ivy opened the summit with a heartfelt poem that captured the floor.

Through the report and through the day, we discover, that most 21st century Americans support gender equality when it comes to sharing household and caregiving work. Despite this shift, women are still doing most of the household and caregiving work and workplace culture has not caught up with social and family change. For instance, 43% of fathers fear negative consequences when seeking flexibility in work hours.

Two days after our event in New York, we took the report to Washington DC for a congressional briefing with senator Chris Murphy.  The briefing focussed on the fact that the United States is unique among high income nations in its failure to guarantee paid leave to new parents with about 40% of American workers ineligible under FMLA (Family & Medical Leave Act allowing 12 weeks leave for new parents).  At the same time, we hear that when fathers do more caregiving there are significant benefits for children, women & society at large. For instance, fathers who take on 40% or more of the caregiving responsibility in the family are helping to ensure positive outcomes in test scores and cognitive achievement in their children. The report shows us that although attitudes towards American fathers have evolved, U.S parental leave policies are not keeping up with the cultural shift required for involved fatherhood.

So as another Father’s Day has been and gone, let’s celebrate our fathers and show them how important they are – all year around. Let us show them how essential they are to the positive progression of families and encourage them to communicate that message to the next generation. Let’s continue to campaign for governments across the world to support and empower fathers to be present, supportive parents in order to create cohesive family units and in turn, transform society. 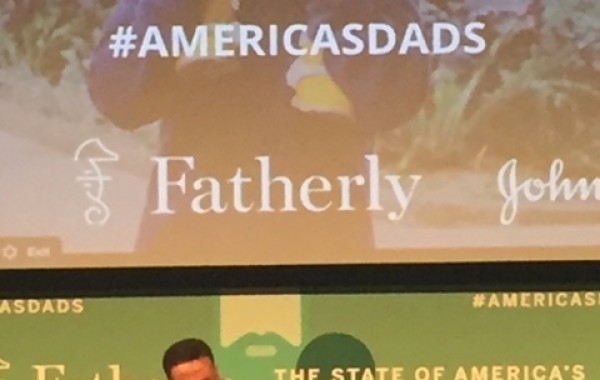