From Marimba benches to whispering clouds, Watershed unveiled the seven shortlisted projects last week, each in line to win the 2015 Playable City Award.

The award launched earlier this year, inviting artists, designers, architects, technologists and creative practitioners from all over the world to propose new and distinctive ideas that put people and play at the heart of the City.

In addition to the £30,000 prize fund, the winner will become part of the vibrant community of creatives at Watershed’s Pervasive Media Studio, offering generous access to facilities, support and opportunities for collaboration. The winner will be announced on Tuesday 9 June 2015 with the successful artwork unveiled in Bristol in September. This year the winner will also be given the opportunity to travel to Japan in the autumn to share their project as part of Watershed and British Council’s new Playable City Tokyo programme.

From 197 entries from 60 countries around the world, the seven shortlisted projects are being shared online for the public to ask questions of the creators and share their comments with the Award judging panel.

The shortlisted projects are...

Take a Seat encourages strangers to meet and interact over a familiar piece of urban furniture, breathing new life into the humble bench via a system of sensors and LEDs. Alone, it shines and blinks to attract attention and when someone sits down, it comes to life - interacting with the person seated and attracting others to join in and play. Based on Happy City Lab’s concept of cities as living, co-created spaces, the project aims to show how simple creative interventions can transform residents’ engagement with the city and one another: http://www.watershed.co.uk/playablecity/2015/shortlist/take-a-seat

Supernatural wants to re-wild and re-wire the city, creating ‘magical’ musical instruments from the city’s natural infrastructure (plants, soil, wood, water) which produce beautiful mystical music when touched. Using sound as a powerful and intuitive way of connecting, playing and revealing meaning, Supernatural will be a kind of musical magi-mix combining electrically-generated tones with found sounds and bespoke beats, and conjuring the occult history of Bristol in ways specific to each location. An accompanying app will provide a map of locations, looped rhythm tracks to play alongside the instruments, and historical background information: http://www.watershed.co.uk/playablecity/2015/shortlist/supernatural

Curious creatures appear in the monotonous corners of a city, places where people are just passing through, with no time to contemplate their surroundings. A dolphin, rabbit, kangaroo and beetle… meet the Urbanimals. This project will allow residents to re-discover and re-imagine the city’s hidden treasures, and become aware of their environment in a new and engaging ways: http://www.watershed.co.uk/playablecity/2015/shortlist/urbanimals

Lighting Conductor is an interactive, motion sensitive installation that  allows city dwellers to conduct their very own light orchestra using only body movement. If placed in a park, a simple swish of an arm sends a shooting pulse of light, illuminating paths and trees with an array of mesmerising colours, the more forceful the movement, the brighter and faster the pulse. A response to the passivity of public life, Lighting Conductor encourages engagement with the way in which we illuminate our cities and challenges existing perceptions of the purposes and impact of light in city planning: http://www.watershed.co.uk/playablecity/2015/shortlist/lighting-conductor

Two massive, spectacular clouds hang over the city – one watching and listening for messages from the city, the other whispering the secrets and messages it has collected.. Hanging over a pedestrian street, or in an alleyway, these two captivating, colourful objects invite people to participate and play.. A playful physical manifestation of the digital cloud, the project combines sculpture, sound and technology, to explore our culture of sharing and probe the concepts of cloud computing and privacy: http://www.watershed.co.uk/playablecity/2015/shortlist/whispering-clouds

Puffin Jam adds musical expression to pedestrian crossings, prompting playfulness, conversation, random smiles and pranks. In selected sites throughout the city, existing push-button units are replaced with similar looking boxes that, in addition to the existing controls, also include a touch interface to generates sound. Pedestrians play musical notes while waiting for the lights to change, encouraging subtle and playful communication with pedestrians on the other side: http://www.watershed.co.uk/playablecity/2015/shortlist/puffin-jam

Why Sit When You Can Play by The Urban Conga| USA

Why Sit When You Can Play reimagines the public bench by creating a platform for people to come together through music and light. Marimba-like benches placed in community areas invite passers-by to play and learn music through colour and creativity. Using simple but effective LED and sensor technology, the bench will not only be active during the day, but at night each note will trigger LEDs in street lights and surrounding buildings to light up the city: http://www.watershed.co.uk/playablecity/2015/shortlist/why-sit-when-you-can-play

Which one do you think should be the 2015 Playable City winner? 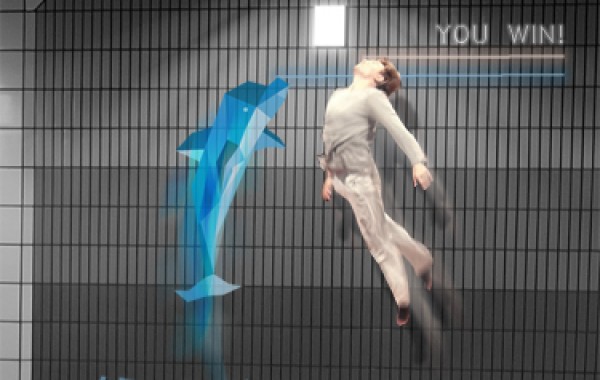