Much of the discussion about harassment in this historic, #MeToo moment has been about the behavior of men in power: Harvey Weinstein, Matt Lauer, prominent legislators, and business leaders. However, recent, pioneering research from Promundo in the United States, United Kingdom, and Mexico finds that harassing and abusive behaviors start young and are pervasive.

In fact, 1 in 5 young men in Mexico and nearly 1 in 3 young men in the US and the UK had made sexually harassing comments to a woman or girl they didn’t know, in a public place – like the street, their workplace, their school/university, or an internet or social media space – in the previous month. So, what makes the harassers different from the non-harassers?

Young men who believe in toxic ideas of manhood most strongly are the most likely to have ever perpetrated sexual harassment, and they are nearly 10 times as likely to have harassed as those who don't.

Read the full analysis, Unmasking Sexual Harassment: How Toxic Masculinities Drive Men’s Abuse in the US, UK, and Mexico and What We Can Do to End It, which Promundo launched this week at the World Economic Forum 2018

Parents, teachers, the media, colleagues, intimate partners, and male and female peers too often repeat and pass on the messages that "real manhood" is about domination, using violence, and never taking "no" for an answer when it comes to sex. The bottom line is that we spend a lot of time and energy raising boys into a toxic version of manhood. It's time to stop.

Gary Barker, President and CEO Promundo-US says "As much as we need to hold individuals to account, the problem – and the solutions – run deeper. We need to start early at home or at school, online, in sports programs, and beyond, not shying away from discussions about "what it means to be a man." We need to listen to and elevate the voices of women, particularly women of color, disabled women, immigrant women, and lesbian, transgender, and bisexual women, who may be disproportionately affected by violence, and we need to work with women's rights activists. We need to engage parents, celebrities, leaders, and peers as partners in the effort."

Sexual harassment and assault is pervasive across men’s ages and backgrounds. We must hold individual men accountable for abuse and harassment. But, we have to go beyond that.  This is about all men and boys raising their voices – and taking action for change – together with the brave women leading the charge. 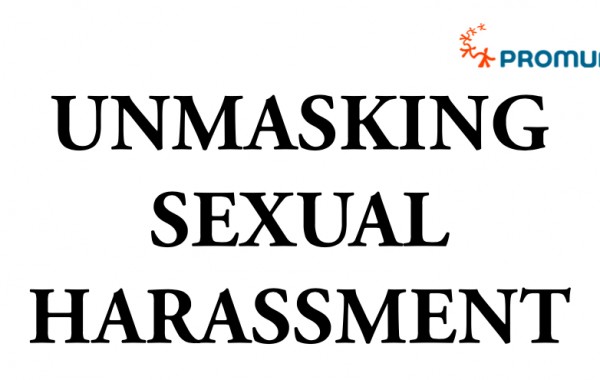