The Brooklyn-based contemporary percussion ensemble So Percussion open in Derby Cathedral (22.11.17) for an audio-visual exploration of the social history of British coal mining, From Out a Darker Sea.

The coal industry long formed the backbone of towns and cities across England. Entire communities sprang into existence as fervent mining activity fuelled the industrial revolution. Integrating art, photography, film and an original musical soundtrack performed live, So Percussion – whose repertoire ranges across Cage, Xenakis and Steve Reich, capture the environment, personal stories, and aspirations of a community fighting against industrial decline.

This project – originally performed in County Durham – was born out of a collaboration between the quartet and Amber Films, and is inspired by East Durham’s reinvention after the crushing loss of its mining industry. They’re embarking on a national tour of sacred spaces, many in former mining communities, which combines live performance with community education programmes to lend local and contemporary context to historical narratives. 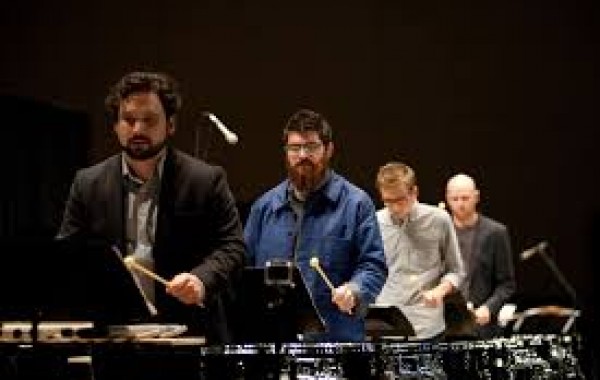