Huge congratulations to United Patients Alliance (UPA) on their successful protest outside The Palace of Westminster on Tuesday this week. The Ladbury team were delighted to be a part of the action and the positive media coverage and support for the cause has been overwhelming.

This week, Labour MP Paul Flynn has officially put the question to the House for the rescheduling of the law on cannabis for medicinal purposes. Members have been asked for their support for a new compassionate and practical reform of medicinal cannabis use to replace the present irresponsible black market with a legal market that can be regulated, removing the threat of prosecution from those already suffering disproportionately the burdens of life's misfortunes. This could be the turning point in a long battle against laws that oppress the sick and the powerless and deny them their medicine of choice.

The Ladbury team are proud to be working with the United Patients Alliance and it was encouraging to see Buzzfeed, Reuters, PA, The Telegraph, Radio 1 Newsbeat, AFP, VICE and more at the turnout. 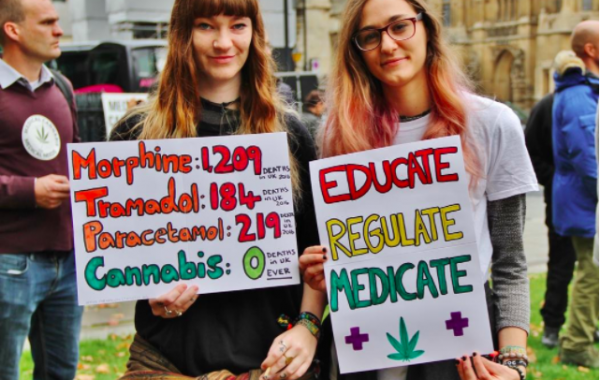