A dozen ballerinas pirouette across the stage of Moscow’s Bolshoi Ballet. A muscular male dancer (Carlos Acosta) glides between them. He is exquisite, an arresting vision of masculinity. A glorious leap brings the performance to a close and the audience erupts into applause so loud it sounds like gunfire. As the curtain falls, a group of smart women exit quickly from their ornate box make their way through a maze of corridors lined with pictures of Russia’s cultural icons to a backstage room. There are champagne and canapés for the women, who include Olga (Dolya Gavanski) and her 18 year-old daughter Anna (Maria Fomina). Olga’s husband Misha (Rasha Bukvic) signs a sheaf of papers, hands them over to Nicolas Petrov, known as the ‘Prince’ (Grigoriy Dobrygin) and his consigliore, Emilio Del Oro (Velibor Topić), and in thanking him is given an ornate and historic gun. Later that evening the family drive away, giddy with relief, heading for a longed-for reunion with Anna’s younger twin sisters. But what looks like a routine checkpoint on the edge of a glittering, snow-covered forest, turns out to be a cold-blooded assassination and the fleeing family are quickly and clinically gunned down.

This is the opening of BAFTA-winning director Susanna White’s film adaptation of John Le Carre’s Our Kind of Traitor, for release in May - a spy thriller portraying the tortuous journey of a young couple, whose encounter with a mysterious Russian millionaire take them to the City of London and its unholy alliance with Britain's intelligence establishment.

White, whose breadth of work ranges from Working Title's Nanny McPhee and the Big Bang to HBO's hard-hitting Generation Kill (about the US invasion of Iraq) to BBC period dramas such as the BAFTA winning Bleak House, Parade's End and Jane Eyre, was drawn to the very cinematic aspect of the story, as well as its very contemporary themes - is one of the few women in the world directing films on this scale.

“What made this stand out for me was that it is a very modern story,” she explains. “I have grown up with Le Carré and most of his other stories have looked backwards into the past and been set in a world of darkish interiors. OUR KIND OF TRAITOR is a big road movie, travelling across five countries.

“It is a Le Carré for now. People in MI6 might now be working counter-terrorism. I deliberately cast Khalid Abdalla, a Middle Eastern actor, to play Luke, because that is the MI6 we’ve got now. I hope it will make people think about the world that we live in.”

With this new production, Susanna White is proving once again that she is no ordinary director, for women have to continually prove themselves in this very male orientated industry.

Our Kind of Traitor will be released on 6 may 2016 and stars Ewan McGregor, Stellan Skarsgård, Damian Lewis and Naomie Harris. 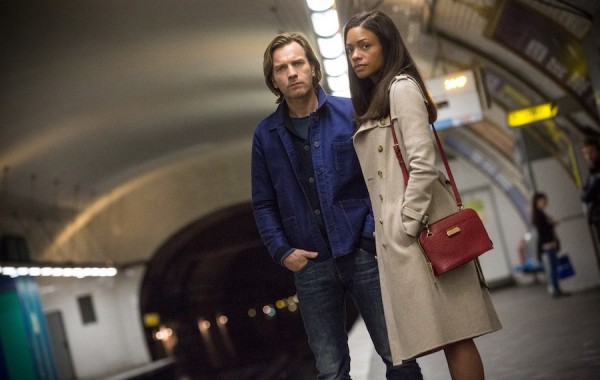