My Mother’s Wing’ testing the limits of unconditional love

Virtual Reality production company Vrse.works presents ‘My Mother’s Wing’ their latest production with the UN highlighting the difficult reality of life in Gaza. The VR short shows how mothers spread love and support even in the most difficult circumstances - how mothers can be the architects of a peace and stability in a society that has deprived them of it.

‘My Mother’s Wing’ was created by UN Advisor Gabo Arora, Vrse.works creative, Ari Palitz, and creative director and executive producer, Chris Milk, it was produced by Samantha Storr and Patrick Milling Smith. The VR short was commissioned as part of the UN's advocacy at the World Economic Forum in Davos to state and business leaders, offering a unique perspective into the challenges and heartbreak of living on the Gaza strip.

‘My Mother’s Wing’ is the third film shot in virtual reality for the UN, who is using the medium to generate greater empathy and new perspectives on people living in conditions of great vulnerability. The first film ‘Clouds Over Sidra’, which launched at Davos last year, was received to great acclaim, and follows a twelve year old in the Za’atari camp in Jordan - home to 84,000 Syrian refugees. The second in the Vrse.works UN series is called ‘Waves of Grace’, and follows a young Liberian woman’s struggle to thrive during and after an Ebola epidemic.

“We are very proud to be releasing ‘My Mother’s Wing’, our third VR experience made in collaboration with the UN”, says Vrse.works co-founder, Patrick Milling Smith. “The films have been seen in over 40 countries and translated into 15 languages and has helped raise billions in direct support and funding. Shooting this film in Gaza feels like a watershed moment in VR.  Giving people access to one of the most cut off, polarizing and politized places in the world is important.  Our hope is that this film can also be about healing and hope.   A mother’s story is universal.”

MY MOTHER’S WING is available to watch on the Vrse app www.vrse.com 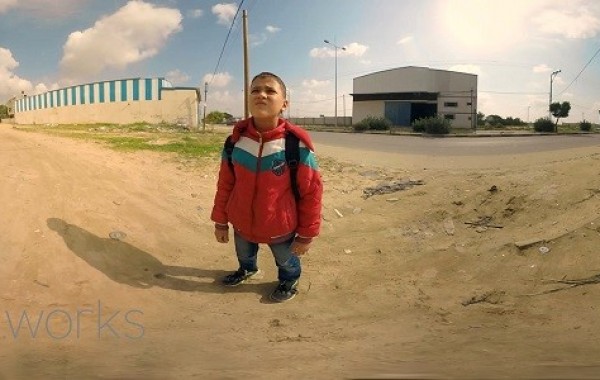