What does it feel like to live in a Syrian refugee camp?

Clouds Over Sidra is the first in a series of extraordinary films from specialist 360 VR production company Vrse.works made in partnership with the UN to highlight global humanitarian crises. The film follows twelve-year-old Sidra as she goes about her daily life in the notorious Za’atari camp in Jordan, currently home to 84,000 Syrian refugees.

Originally developed as part of the UN's advocacy to state and business leaders showcased at the World Economic Forum in Davos earlier this year, the film offers a truly unique perspective into the lives of the world's most vulnerable people.

The film follows Sidra to school, to her makeshift tent and even to the local football pitch. “At the UN, we consistently strive to bring citizens’ perspectives into the decision making process anyway possible” said Gabo Arora, co-creator of the film & senior advisor at the UN. “By leveraging breakthrough technologies, such as virtual reality, we can create solidarity with those who are normally excluded and overlooked, amplifying their voices and explaining their situations.”

Clouds Over Sidra demonstrates how spherical VR can be a powerful and ‘game-changing’ force in the area of advocacy, a medium capable of generating a deep sense of empathy and connection, casting new perspectives on people living in desperate conditions.

“Getting a sense of ‘presence’ from Virtual Reality is an incredibly powerful experience,” says Patrick Milling-Smith, co-founder of Vrse.works. “Doing so in such a heart-breaking place will, we hope, have a profound impact on the viewer that traditional newsreels and film making has so far failed to convey. There is an urgency and visceral immersion to the film”.

Clouds Over Sidra was created by Gabo Arora & Chris Milk and produced by Samantha Storr using Vrse.works’ own tools & technology to craft and curate the original, immersive experience.

Waves of Grace, is the latest film commissioned by the UN, following Decontee Davis, a young Liberian woman and Ebola survivor as she struggles to thrive during and after an Ebola epidemic, calling attention to the formidable obstacles still faced by Ebola survivors, despite having recovered from the disease.

If you haven’t yet experienced these films on the Vrse app then make sure you do….

Both Clouds over Sidra & Waves of Grace can be viewed as a 360 video at Vrse.com and on the Vrse iOS and Android app. But for the fully immersive virtual reality experience view on Google Cardboard and GearVR. 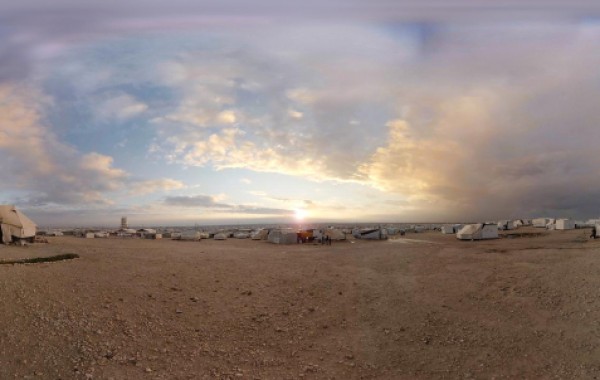