Calling for an end to violence against women

I joined Ladbury PR because I knew this job would keep me inspired, whilst leaving me time for my own other crazy 'enterprises'. The work is so diverse and eclectic and I learn something everyday - surprised, frustrated, fascinated, challenged, saddened, marveled and impressed with each story. I wonder in fact if this could really be called work…

Today as I was being briefed about the work of The South African Medical Research Council, I discover it is the International Day for the Elimination of Violence against Women, which kick-starts 16 Days of Activism against Gender-Based Violence Campaign leading to human rights day on 10 December. It is a time and an opportunity to galvanize action to end violence against women and girls around the world.

I live in a remote area of Southern Senegal, in the beautiful region of Casamance, and this was the first time I was hearing about the 16 Days of Activism… another reason why it is so good to work for Ladbury PR, keeping me tuned in to what is happening in the rest of the world.

I am not always a fan of 'international days' but I see they do have a role in helping to create awareness, applying pressure on countries to tackle some of their deepest cultural traditions. For instance, although female circumcision has been illegal in Senegal since 1999, the message has not always made it through to every single village, I do believe that moments like #16days do create awareness… slowly. Having traveled back and forth to this country since that time, I can truly sense a change in society. It is of course difficult to convince the grandparents, but the next generations down are nearly unanimously against this and realise it is a totally barbaric practice.

And violence against women and girls is so real and so widespread. According to the UN, 1 in 3 women WORLDWIDE have experienced physical or sexual violence, mostly by an intimate partner. And it takes so many forms: forced marriage, obsessive control, incest, rape, circumcision, prostitution…. There is also the fact that many men confuse manhood with violence and control. And it is passed down through generations.

It is an issue that needs to be addressed and eradicated. I deeply believe that the world can not function properly without women. Or when too many of us suffer. We are life givers. We life bearers. A woman will always make sure everyone is OK. I do believe that women offer the best safeguard for a peaceful world. If 1 in 3 women are affected by violence today, it probably explains why there are so many conflicts and issues around the world.

This matter has been taken up by The South African Medical Research Council which is leading a DFID-funded global progamme to build knowledge on what strategies and interventions can prevent violence against women and girls (VAWG), which interventions to strengthen women’s and girls’ agency and empowerment protect them from violence and how effective are specific response mechanisms to prevent VAWG. They fund a range of projects that address those issues in order to evaluate the strategies that work.

From an original call for proposals in early 2014, they received over 700 applications. 17 projects were selected across 14 different countries: Afghanistan, Bangladesh, Democratic Republic of Congo, Ghana, India, Kenya, Nepal, Pakistan, the Occupied Territories of Palestine, Rwanda, South Africa, Tajikistan, Uganda and Zambia. Some of the research partners include prominent universities such as Stanford, Johns Hopkins, Minnesota, Aga Khan, and the Universities of KwaZulu-Natal and the Witwatersrand.

Within South Africa there are two exciting interventions being evaluated – first the One Man Can intervention from Sonke Gender Justice, and the other is the Stepping Stones/Creating Futures intervention implemented by Project Empower. The One Man Can intervention is focused on social norms change, working primarily with men in an informal settlement (Diepsloot) in Johannesburg. The Stepping Stones/Creating Futures intervention is focused on informal settlements in eThekwini (Durban), focusing on youth, addressing gender norms and strengthening livelihoods through an economic empowerment component.

Sonke’s community mobilisation intervention is being explored and measured by a team from the University of the Witwatersrand. If successful, the Sonke CHANGE Trial will be the first to show reductions in men’s violence in an urban informal setting.

So concretely, what can we do, us ‘common people’ about this day? Well we can of course do nothing. Or we can act on it and try to make a difference. You might feel like joining the Orange the world: End violence against women and girls’ movement led by the United Nations Secretary-General’s.

Personally, I will look to make some small steps toward change. Share this with my friend and my family. Talk to my neighbours. Explore the issue. And help in anyway I can... 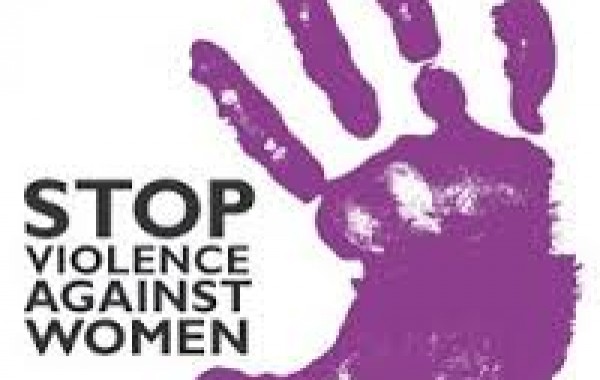