TIME’S UP X2: aiming to “double the number of women in leadership  and across other spaces where women are underrepresented”

Last night the news from the Golden Globes was that the Brits brought it home with Richard Madden, Olivia Coleman, and Ben Whishaw all swooping a coveted golden gong.

At last year's bash, countless actors transformed the red carpet by choosing to wear all-black in protest of sexual harassment in the entertainment industry and beyond.  Although a less politicised tone than last year, and with the dress code firmly back to business, Hollywood continued to show its allegiance to the movement with many choosing to sport black and white bracelets and ribbons that read “TIME'S UP x2”. The new batch of accessories highlights the second year of the movement as well as marking the campaign’s call to double the number of women in leadership positions across industries globally.

Emma Watson, one of the chief spokespeople for the UK movement saw in the new year with an Instagram post thanking everyone who supported the TIME'S UP over the past year.

"From my sisters in the film industry to the activists and campaigners around the world who have supported us, I've been so inspired by the way people have reached out to each other, shared experiences and advice, and organised together as part of this movement for change" Emma Watson

TIME’S UP UK has been phenomenally successful but there is a long road ahead. Research shows that over half of women in the UK have experienced sexual harassment at work, and this reflects cultural and systemic problems that need bold solutions.

The Justice and Equality Fund in association with TIME'S UP UK aims to bring an end to the culture of harassment, abuse and impunity by resourcing an expert network of advice, support and advocacy organisations, and projects. Please continue to support the change that the TIME'S UP movement is striving to achieve and donate now.

And you haven't seen it already, watch here the brilliant comedy short "Leading Lady Parts" with Emelia Clarke, Gemma Arterton, Catherine Tate plus many more, sending up the typical audition for the leading lady role.

There’s still a long way to go, but the achievements so far make us optimistic for a fairer future. 2018 was just the beginning… Join us in 2019 for take 2. 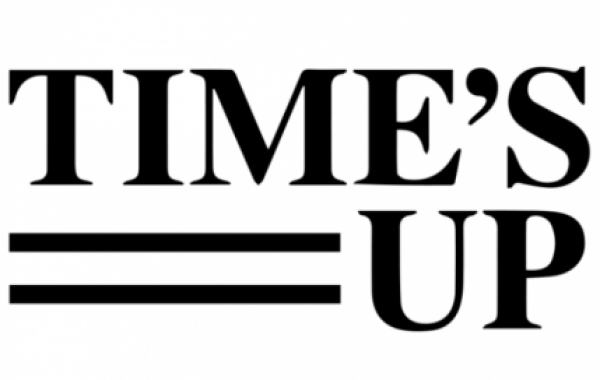