The Justice and Equality Fund, supported by TIME’S UP UK makes grants to 15 women’s organisations to tackle sexual harassment and abuse

The Fund has granted over £1.3million to support women in the UK and is backed by film industry professionals such as Emma Watson and Producer Barbara Broccoli

A new round of funding has been awarded from the Justice and Equality Fund, managed by Rosa and supported by TIME’S UP UK to address sexual harassment and abuse in communities across the UK.

With official crime statistics released earlier this year reporting that one in five women in England and Wales has experienced some type of sexual assault since the age of 16, the funding will be used to raise awareness, build confidence and help women and girls to identify and report abuse when it happens, wherever it happens.

The new grants bring the total funding distributed to women in the UK to £1,306,220 and the announcement is being made to coincide with the UN Human Rights Day on 10 December, also the last day of the 16 Days of Activism Against Gender-Based Violence, an international campaign to challenge violence against women and girls.

Grants went to organisations including Shetland Rape Crisis who will go on to develop a roadshow with activists to address everyday sexual harassment in rural communities in Scotland; EVA Women's Aid based in Redcar and Cleveland, which will raise awareness within the night time economy and help women feel safe and know how to challenge potential perpetrators. Other organisations such as Cyfannol Women's Aid will work with women with learning disabilities and autism on how to identify sexual harassment in public spaces, including public transport, and how to confidently deal with it.

Sian Massey, Deputy CEO of Cyfannol Women's Aid said “No one should feel unsafe trying to get to college or go about their daily life, which is why we are delighted to have been funded by the Justice and Equality Fund. The grant will go directly to women who have additional learning needs who have experienced sexual harassment and support them to call it out, so that together we’re all safer when learning, at work or in public.”

“Supporting women and men to recognise - and call out - harassment when it happens is a key step towards dismantling the culture of abuse and impunity that exists across the land. The grants we’re announcing today will help do just that by amplifying women’s voices and providing them with tools needed to call time on abuse in work, transport and other public places. It takes courage to stand up against injustice, and the brave women behind these grants are making our work and social spaces better for all of us. And they can’t do it without allies. Donors from all walks of life show their solidarity through their generous gifts.”

The full list of organisations awarded can be seen at www.rosauk.org/news-and-events

Applications are now open for funding for up to £100,000 through the Justice and Equality Fund, with awards being announced in February 2019. 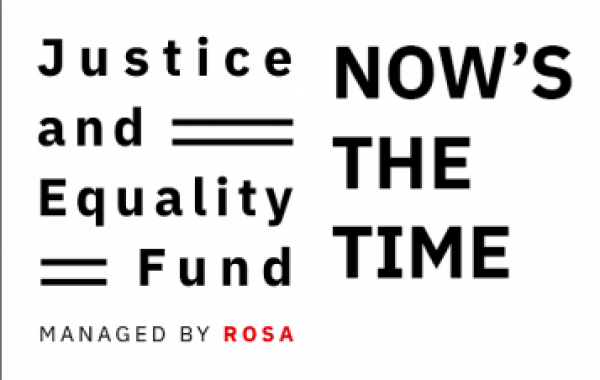