Posted on November 12 2021 by Danya Agababian

The Russian Film Festival will be held for the first time in the UK from November 12 to December 10, 2021 on BFI Player. Ten contemporary Russian films across various genres have been selected specifically for British audiences and will be available online.

The Russian Film Festival (RFF) was launched in 2020 and has already been successfully held in 16 countries, with more than 200,000 viewers. It is organised by ROSKINO, a state organisation representing the Russian audiovisual content industry internationally with the support of the Ministry of Culture of the Russian Federation and the Russian Cinema Fund.

Ten notable contemporary Russian films will be available to watch on BFI Player Subscription with English subtitles. New customers can enjoy the festival films as part of an extended Subscription free trial using the voucher code RFF21. In doing so, the BFI will further diversify the already broad collection of auteur and international cinema on the platform. Here you can find the festival’s teaser.

The selection for RFF UK includes:

Masha - a 2020 crime drama and debut feature by Anastasiya Palchikova produced by the creators of the successful series To the Lake (top 10 on Netflix in more than 60 countries). It tells the story of Masha whose world is unexpectedly shattered when she learns a criminal truth about her friends. HBO aquired distribution rights in 2021.

Conscience - a 2021 critically acclaimed and award winning crime drama by Aleksey Kozlov set in the 1920s during a political crisis in Russia. A man investigating the death of his brother is led to desperation and despair. Won three awards at the 24th Shanghai International Film Festival.

A Siege Diary - a 2020 film set in Leningrad during World War II. A young woman called Olga is walking through the city to see her father. She has just buried her husband and is sure she will soon die of hunger. She has to see her father one last time to say goodbye.

Last ‘Dear Bulgary’ - a 2021 comedy-drama by Aleksey Fedorchenko about a young fruit grower who revives a medicinal variety of apples and investigates a strange crime. The script is based on the novel 'Before Sunrise' by renowned Russian satirist Mikhail Zoshchenko first published in 1973, 40 years after its completion in the US due to the author's political beliefs.

The Bolshoy - a 2017 ballet drama by Valery Todorovsky. A rise and grind story of an aspiring ballet dancer from a provincial city who tries to carve her way to the top - to the stage of the famous Bolshoy Theatre. Sergey Mikhalchuk won Best Cinematography award at the San Sebastian Film Festival.

Doctor Liza - a 2020 biographical drama by Oksana Karas with a star cast including Chulpan Khamatova and Konstantin Khabensky. 'Doctor Liza' was a nickname for Russian philanthropist Elizaveta Glinka who helped many in need and founded 'Doctor Liza’s Charity Foundation', an organisation that has gathered millions of rubles in humanitarian aid.

The Humorist - a 2019 dramedy by Mikhail Idov, his directorial debut, about a popular Soviet comedian on the verge of a breakdown played by Aleksey Agranovich.

The Story of an Appointment - a 2018 historical drama by award-winning Russian director Avdotya Smirnova based on real events involving Count Leo Tolstoy who decides to help an innocent soldier to avoid execution for a crime he didn’t commit.

Stanislavski. Lust for life - a 2020 documentary by Julia Bobkova, shot in Russia, UK, and the USA revealing Konstantin Stanislavski’s life and talent. The movie encapsulates his life through the words of various directors and artists, including some British talents like Declan Donnellan and Katie Mitchell.

Evgenia Markova, CEO of ROSKINO: "We are eager to start the collaboration of the Russian Film Festival with BFI Player; we hope it will help us to increase the number of Russian cinema fans and strengthen cultural ties between our countries. We are excited about the perception of Russian movies in the United Kingdom — we are bringing a number of films in a variety of genres and it will be great to know which genres will be the most popular. The viewers of BFI Player are very interested in modern auteur movies and we considered this fact while making the selection of the films. Hopefully, the British audience will appreciate modern Russian movies no less than the documentaries about Russia that are already available on BFI Player. We also hope that the Russian Film Festival with the support of the recognized platform will let us understand the potential for cooperation between film industries of Russia and the UK".

Stuart Brown, BFI Head of Programme and Acquisitions says: "The opportunity to bring a selection of contemporary Russian cinema to BFI Player subscribers was too good to miss and we welcome this exciting new partnership with ROSKINO. We have previously brought French, Polish and African films to the programme in a similar festival format, all of which had strong engagement with existing subscribers while also delivering new audiences. Our aim with BFI Player is to create the very best film subscription offer, with our library of contemporary, cult, and classic films enhanced by new collections of work like the Russian Film Festival, that film fans in the UK may otherwise not be able to see". 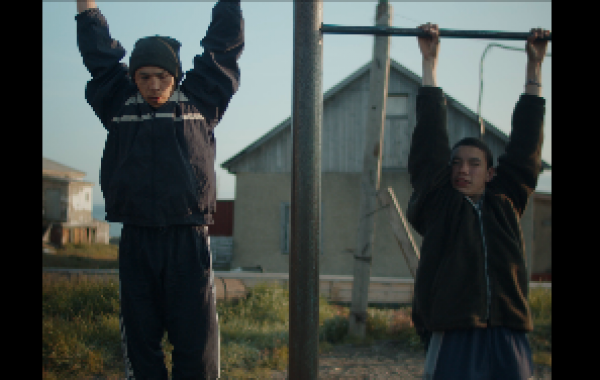