"Roses are red, And, though I do like flowers, I 'd rather men committed to redistributing their powers"

Valentine's Day The Fawcett Society has partnered up with illustrator Henry James Garrett, creator of Drawings of Dogs, to create this series of fabulous alternative cards.

Each card features a custom illustration and poem with a message of solidarity for gender equality. Be part of The Fawcett Society's campaign this Valentine's to ditch mass-market romance and promote #KindConsumerism and sisterhood. Get your pack before it's gone!

All proceeds will be split between various women's and equality including Fawcett, Time's Up UK, TellMAMA, The Red Box Project and The Survivor's Network. 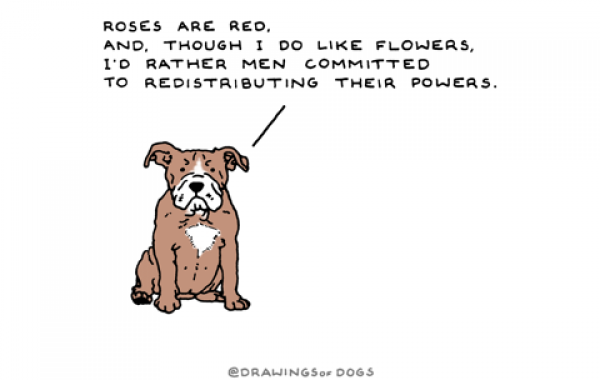