Refuge CEO gets warm words but no cash, as shelters are forced to close

Women’s refuges, a crucial and sometimes lifesaving resource for victims of domestic abuse, are facing a real crisis caused by a lack of funds.

One in six refuges in England and Wales has closed in the last eight years, and six out of every ten women looking for a place in a refuge are turned away. A year in the making, a powerful and thought-provoking Channel 4 documentary, Safe at last: Inside a women’s refuge, narrated by Julie Walters, has been granted unprecedented access to one such refuge, to tell the stories of some of the women who have passed through its doors.

Every day, the National Abuse Helpline receives over 230 calls from people looking for a place in a refuge but this demand far outstrips supply, meaning that most of those who apply will be forced to seek alternative arrangements – or stay with their abuser. The lucky ones make it into refuges like the one in Surrey featured in the Channel 4 film.

Although the new domestic abuse bill, which changes the way abuse is prosecuted so for the first-time physical assault, coercive control, financial and sexual abuse against a partner is prosecuted as one crime, is welcome, there is not enough support for the women survivors reporting these crimes.

Charlotte Kneer, the Refuge CEO featured in the Channel 4 film, says, “as soon as a room becomes available at the refuge the phone immediately starts ringing. We'll give the room to the first woman who calls but it’s heart breaking saying no to the women who call after. I remember feeling so hopeful when I walked out of Number 10 Downing Street on International Women's Day last year. The PM had seemed so earnest about wanting to tackle domestic abuse. But here we are, one year on with the same uncertainty about our future. It's exhausting and I'm so frustrated that those earnest words didn't come to anything.”

“Violence and coercive control are terrible crimes,” she continues, “They cause trauma that needs specialist support to heal the damage. Refuges provide this to women and children who otherwise wouldn't recover. Refuges also prevent deaths. It's an awful statistic and truly shocking that two women a week are killed by a partner or former partner. It's no exaggeration to say that without Refuges, this number would definitely increase.”

“The support that we provide to children is also so important. They need specialist staff who understand the complex wounds that witnessing and experiencing domestic abuse cause. Children are often viewed as secondary victims, but our experience tells us that their futures are irrevocably altered without help to recover. They are primary victims who have learned that home is not a safe place. A refuge gives them a feeling of safety and for most children this will be their first experience of that feeling.”

“Year after year we are fighting to keep going. So many refuges have closed because their funding situation became impossible to overcome. I wish that the Government would resolve this. If I had more than 5 minutes with Theresa May I could tell her how, if she wanted to listen.”

Safe at Last: Inside a Women’s Refuge will broadcast on Channel 4 on Tuesday 26 February at 10pm 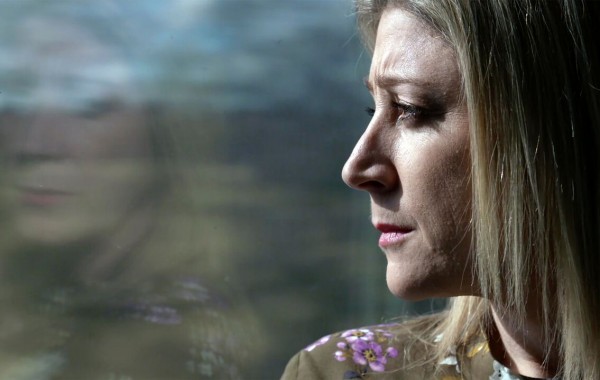