My mum, my dad and me

When I first learned of the ‘State of the World’s Fathers’ report I loved the idea of getting fathers involved. I know of many men who have grown into incredible fathers - and I also know of many men who have chosen not to embrace their fatherly duties as if it doesn’t really apply to them, for the most part through lack of knowledge and understanding of what being a father really means. I learned this when I was leaving school and realised that my dad had never been to a parents evening - it had always been my mum who had accompanied me and my sisters. I am lucky enough to have what most would call a ‘cool mum’, trustworthy and understanding; kept up to date on all the gossip and by her own admission, a big kid; so parents evening with her was always fun. My dad and I have always had a great relationship too. As far as I was concerned, as a child he was my idol. I used to follow him around and try to dress like him, and this love has never changed. My dad was the youngest of nine, and from what I remember of my grandparents, they were very fond of him, so he grew accustomed to being cared for, and my mum is nothing but excellent at caring.

I get my drive from my mum, who would in turn say that she got hers from her own mother. My mum’s rule is if she’s asked you to do something once, when it comes to it and you have not done it she won’t bother to waste her energy asking you to do it again, she would just get on with it herself. This is the same attitude that she applied to taking care of the home and raising me and my sisters; where she would ask my dad for help and he would fail, she would fix it without saying another word. Consequently this led to the repetitive cycle of her doing all of most things, and my dad thinking that there is no need for him to do anything. I was lucky enough to be able to grow up with both my parents being present in the household but only one of them carried the full weight of responsibility for us children.

Growing up when there was something that I wanted help with or any question it was mostly directed at mum despite my dad being in the house all the time. Obviously, mum knew this but it was something my sisters and me had to grow to learn, so when she would ask us ‘why not ask your dad for help?’ we would just shrug our shoulders. My mum did everything; took us everywhere, picked us up from anywhere, managed to make whatever costume or projects school required. Food was always on the table as soon as we walked though the door after school and a lunch was always packed and made: nothing forgotten. Should I ever leave anything to the last minute, guaranteed my mum would pull out all the stops and save the day, but she was always tired.

Like most women when they grow up they look to the women before them, as did I and then I started to see things a bit differently. Collectively between me and my sisters we do our share of chores; folding away clothes, unpacking the washing machine, cleaning the bathroom, vacuuming and all over various household work. We do this to take the pressure off mum, so she can have some time to herself as well some down time with us. Yet it does not occur to my dad that if he washes the dishes and empties the dryer and folds up the clothes, he would be ticking off some of the general house duties freeing up my mum to an evening, slightly less tired, and able to relax with him.

My love for my dad has never waivered but with age I started to grow annoyed with his lack of presence and responsibility within the household, reinforcing my view that men are naturally lazy and absent. Often having to apologise to my partner for assuming that he won’t remember to lock the back door at night, clean up the kitchen (to mum’s standards), or fold up the heap of unclaimed clothes on the bed. My partner would refer to it as just simple common sense; he grew up watching his mum do as mine did and learned as a boy that it’s his responsibility to help his lady; to do things together. This he has brought to our relationship, which still to this day does not fail to surprise me – which, in a perfect world, it shouldn’t. He is a gentleman and I a lady; we should have equal responsibility, which is applied, to all areas of our relationship.

We went to a wedding once, where a speech was given that I will never forget, it was directed towards the bride and groom. Dictating that the man is the captain of the ship, a huge ship which itself requires a lot of upkeep and care. The woman’s role is to be his second in command, whatever he needed help doing she was there to support, and follow suit. This did not sit well with me - I am just as important as any man. After the reception and the service were over and when we could at last relax and have a drink, talk turned to that speech. My father was the loudest voice to be heard contradicting the man who gave the speech and arguing that he has never taught me or my sisters that we should stand behind any man, he went on to say that he shares most of the decision making with my mum, that she is just as much in charge and control; if not more. Though what he was saying agreed with all that I believed, sadly it is not always reflected in his actions. But it touched me that he shared the same view as me that in a relationship I have just as much responsibility and rights as does the man I choose to marry; and have the reassurance that he too is there to help me.

As the years go by I look back on my childhood and my relationship with my parents, I would say I have a great relationship with both of my parents but my sisters would say differently, they tend to favour my mum. For we all saw her try her hardest to ensure that we never went without, and watched my father and her battle over who would take us to parent’s evenings. This got me thinking about my own future family, how I don’t want to have to grow old struggling with my partner but feeling supported by them and being supportive. This new relationship has opened my eyes; I was once a woman who was dead set on being a single parent, as I didn’t want to have to carry the extra weight of a ‘partner’ who does not themselves carry anything. Now I feel as though I can be a parent and co-parent with my partner without feeling expected to have the brain capacity to think of our children’s needs on top of my own and my partners. Though as a self-driven women I have got to remember when to step back, and to forget my mum’s rule and to encourage my partner to be involved. I don’t want him to grow apart from our children and me; never feeling included or involved, being that man who would rather have the TV and sofa for company.

I am very privileged to have such a strong relationship with my dad, which I know he treasures, but I cannot ignore the fact that he has missed out with my sisters. The lines of fatherly communication that should have been built years ago through dedicated attention and care to our lives, are absent. I left the London launch of the State of the World’s Fathers report feeling that if my dad had understood how important his role was to us children he would have done things differently. Fathers are human beings, as are women and mothers, all starting off innocently and equally when bringing a child into the world. 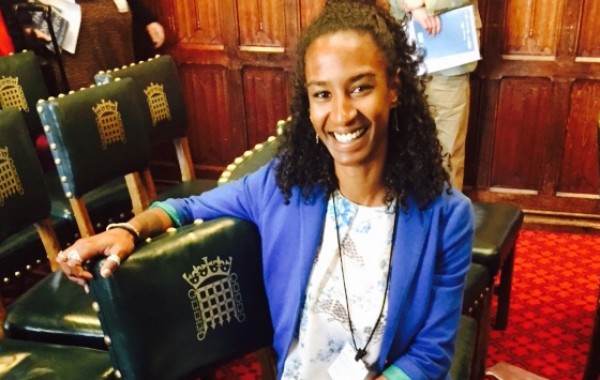