Hidden interactive creatures in the city are getting ready to play

Meet the Urbanimals - winner of the Playable City Award 2015

“Bringing people together through play in forgotten areas of the city lies at the heart of what we do.” (Anna Grajper & Sebastian Dobiesz, LAX, 2015 Playable City Award winners)

Urbanimals, created by the Laboratory for Architectural Experiments, LAX, based in Poland, is the winner of the international Playable City Award 2015.

This September and October, a playful pack of wild beasts will appear in unexpected places across the city of Bristol, waiting for people to play with them. Triggered by the movements of people passing by or stopping, this magically interactive project will be created using projectors and sensors that will stretch across the whole city.

Perhaps you’ll take up the dolphin’s challenge to leap together, chase a shy rabbit down the pavement or skip with a cheeky kangaroo. Lurking behind city walls and hiding in dark corners, Urbanimals will be eager to brighten your day.

The project was chosen from 197 applications received from 60 countries around the world, and will be installed in Bristol in the autumn. The creators, LAX, are an experimental design team describing themselves as practicing ‘at the edge of architecture’, testing the boundaries of urban planning, design, psychology and computation. They will now work with Watershed producers across the summer in Bristol to explore their ideas and develop the technology to bring their vision to life.

“We want to highlight the city’s hidden value and treasures, inspiring residents to consider their environment in new and unexpected ways,” say Anna Grajper & Sebastian Dobiesz, LAX “we we want to stimulate their senses and inject a sense of excitement and wonder into the everyday urban landscape.”

The judges were clearly impressed. Richard Roberts, one of the judging panel, from Jason Bruges Studio said, "it was the fresh response to the brief, and the positive impact that these pieces could make to the everyday city journeys of the people that encounter them that won me over”, whilst Executive Prod of the Award, Clare Reddington loved “the combination of imagination and sophistication that the idea offers", and was "impressed with their ambitious and playful response to the playable city theme.”

What's not to love! Follow these joyful creatures as they develop here:  http://www.playablecity.com | http://twitter.com/playablecity 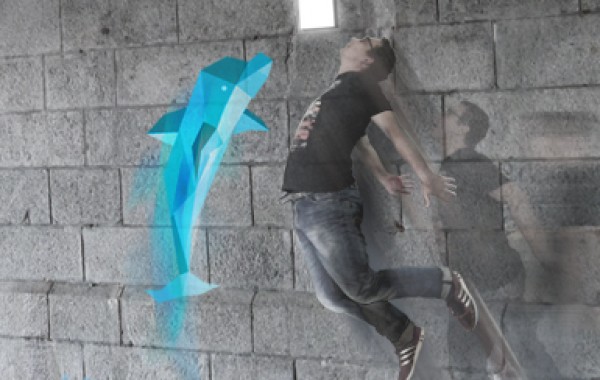