Posted on December 19 2014 by Rebecca Ladbury

For the past three years we’ve been working on an incredible project called REACT Sandbox, an Arts and Humanities Research Council (AHRC) funded project that has a particular focus on bringing together collaborative teams of academics and creatives to work together over four months of rapid R&D around a particular theme - this time its Play - to produce a working prototype using innovative technology. Previous themes have included Heritage, Objects and Future Documentary. It’s an incredible opportunity for such a range of diverse individuals to come together and exchange ideas and knowledge, to experiment and take risks, to explore what impact rigorous academic research can have on the creative industries.

Play Sandbox, is concentrating on objects specifically created for children. The six collaborative teams started their journey in October and, in a first for Sandbox, a team of Young Coaches have been recruited - a group of 7-12 year old enthusiastic volunteers who are working closely with each project throughout the process, sharing their opinions, imaginations and values. Children only have input into approximately 5% of the products made for them, so their inclusion in this project is already proving both fascinating and invaluable and has given rise to a number of extraordinary proposals, including defence strategies for lemon jousting and, most significantly, a list of 106 things they are yet to discover, highlighting the truly experimental and open-ended nature of each commission – www.react-hub.org.uk/playsandbox/news/106-things-we-dont-know

So what of the projects themselves? From a flat pack cinema to a treasure box for adopted children or those in care to store their precious possessions, a digitally enhanced swing to an app designed to help children with Down’s Syndrome understand maths, all six of these innovative ideas are underpinned by a vision to develop working prototypes that mobilise play in new and transformative ways.

Curio Keepsake is a collaboration between Debbie Watson, Simon-Shaw Miller, Chair of History of Art at the University of Bristol and Chloe Meineck, a designer, maker and inventor, with support from leading adoption agency, Coram.  Together, they are designing an object (current thinking is that it will take the form of a treasure chest) that will provide a fittingly special place for adopted children and children in care to store their personal precious objects and treasures whilst providing the facility for them to record personal stories/thoughts/memories which are triggered when the object is played with. Flatpack Cinema created by Mandy Rose, UWE Bristol and May Abdalla and Amy Rose of Anagram is an immersive story den, brought to life by interactive 360 projections and played with using an interface made from ordinary household objects. The Young Advisors have been at the very heart of this project as the team work together to deliberate on what children really want out of this experience and how best to deliver it.

Mighty Minis, Esther MacCallum-Stewart, UWE Bristol and Silas Adekunle of Reach Robotics and Mice of Mischief , Jill Porter, University of Bath, Cara and Will Jessop and James Huggins of Made in Me are harnessing the appeal of games to capture children’s imaginations in entirely different yet powerful ways. By combining a collectible object with a dynamic online character, Mighty Minis hope to encourage interaction between the object, character and user in a way that encourages children into physical activity. Mice of Mischief is an app designed to help children with Down’s Syndrome understand numbers based on previous research identifying that early awareness of numbers is a good predictor of arithmetic skills in later life.

Elies Dekoninck, University of Bath and Alex Fleetwood, Hide&Seek, have created STRAX a digital and physical experience for children with a game of stacking smart objects designed for two players. Co-operate to stack your blocks in the tallest tower possible, and compete to arrange blocks in high-scoring patterns, while a computer tracks your every move. Whilst Connected Play led by Seth Giddings, UWE Bristol and artist Tine Bech, is a digitally enhanced set of swings, exploring how imaginary and physical play could meet in the digital playground of the future. Working with light, rhythm and sound they aim to create an intuitive space where children can battle one another, perform, participate and play together in both new and familiar ways.

The date for the showcase to be held in Spring 2015 will follow soon, but for now keep up to date here - www.react-hub.org.uk/playsandbox. 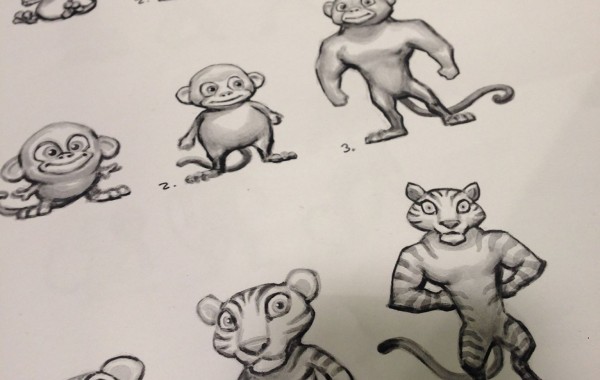