Here at Ladbury HQ having to wear sunglasses and turn the heating off in the UK at Christmas has inspired us to reflect on another extraordinary year, enjoy the sunset of 2015 and look ahead to all 2016 will bring.

We are extremely proud to work on some incredibly awe-inspiring, life-changing and creative projects both in the UK and internationally & collaborate with all the remarkable people behind those ideas, organisations and missions.

Ladbury is a collective of talented creative individuals with wide-ranging expertise and a project-centred, flexible approach allowing us to take the time to tailor our service to the needs of each individual client and bring their project to life. We all bring something different but share one thing in common – an absolute belief in our work and an ambition to collaborate on projects that contribute to society, whether through an organisational goal, an innovative approach, or simply a talent worth recognising.

This year we have welcomed on board Vrse.works, a specialist virtual reality studio that support the world’s leading creative innovators in 360 VR film-making. Using bespoke cutting edge technology, Vrse.works confront difficult and important issues putting the audience at the heart of every story, from the daily life a young child living in a Syrian refugee camp to a Liberian Ebola survivor using her immunity to help others affected by the disease. By blurring the boundaries and immersing the audience in the story, a unique & powerful empathy is created, quite literally allowing viewers to feel they have been teleported to a destination or situation and are seeing things first hand with their own eyes....walking in someone else’s shoes - creating a memory of a moment and a location.

For the past three years we have been working on the What Works to Prevent Violence Against Women and Girls Global Programme. Funded by the UK Department for International Development (DFID), it supports 17 projects that reach over 5.3 million people in 14 countries across Asia, Africa and the Middle East. These projects are working with women, men, communities and governments, to build an environment where women are valued and treated as equals, and where all people reject the use of violence.

Recently named among the 2015 NT100 - Nominet Trust's annual celebration of 100 inspiring tech for good projects -  is The Quipu Project, which tells the story of the nearly 300,000 men and women who were sterilised in Peru in the '90s without their consent. Until now they have been repeatedly silenced and denied justice but after almost 20 years their voices can finally be heard through a remarkable interactive documentary, which connects a free telephone line in Peru to a website, providing the framework for those affected by sterilisation to share their experiences in their own words. By creating a collective memory archive, The Quipu Project seeks to ensure these stories are never forgotten and the abuses never repeated.

We were honoured this year to develop and realise the global communications campaign for the first ever State of the World’s Fathers Report, which was launched in New York at the United Nations headquarters with UNFPA and the Global Clinton Initiative, with an introduction from Chelsea Clinton. This seminal report defines a global agenda for involving men and boys as part of the solution to achieve gender equality and positive outcomes in the lives of women, children, and men themselves.

We are also delighted to be working with the Ageas Salisbury International Arts Festival and have just unveiled a sneak preview of its 2016 programme - a meandering and wonderful journey through time and space. In a different dimension, we are working with the award-winning innovation lab for digital culture and annual festival, FutureEverything, now in its 21st year, which will again challenge and inspire us with new ideas and creative combination of arts, technology and culture.

Watershed and the British Council have, amongst many other projects, been developing Playable City since 2013 and we are proud to have been a part since the very beginning. The Playable City project looks at how public spaces can be transformed into places of unexpected interaction and act as a conversation starter for change in the cities of the future. Our highly successful  campaigns have helped build the programme into a global brand that is being adopted by ever more cities worldwide.

This is just a small sample of projects we have worked on this year. The journey has been amazing and we would like to take this opportunity to thank our clients for their inspiring work and for their trust. As we enjoy the last day of 2015 and look forward to discovering  more ideas, more surprises, more talent and more inspiration in 2016, we would like to wish everyone a very happy and peaceful new year. 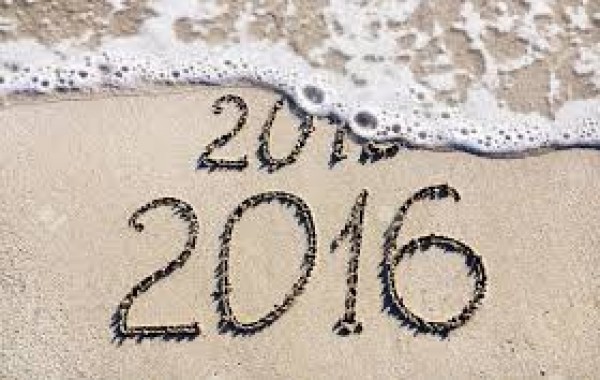