Climate change is real, the earth is hotting up and that’s a fact. The COP22 Climate Change Conference is over and so now what? How can we, the millennials, achieve the change required to enforce these environmental findings before the likes of Trump Et al. brand them as “just hot air”?

Posted on November 22 2016 by Danya Agababian

What do Jose Ramos-Horta, Oscar Isaac and Victoria Barrett all agree on? That millennials have the biggest stake in our future and their voices need to be heard when carbon emission caps are decided.

At the COP22 Global Climate Change Conference, a new eco-socio movement, The Future Is Ours, was launched. Backed by a seasoned select of academic luminaries, revered environmental campaigners, global CEOs, activists and entertainers, the campaign is determined to drive wide-spread, global attention towards millennials and how their voices can no longer be ignored in the face of climate change. The Future Is Ours also aims to capture the imagination of the millennial generation and illustrate how a lack of commitment to climate change from them, will result in a painful and disastrous environmental future.

The Future Is Ours is backed by:

“Data from Nasa released earlier this year revealed that the global surface temperatures across land and ocean in February were 1.35 degree Celsius warmer than any times since 1951,” says Victoria Barrett. “Now is the time to think creatively about the way forward. This year's major climate change conference, COP22 is an important opportunity and many political and business leaders as well as representatives of civil society seem eager to engage – but it is not enough.”

Felix Marquardt, founder of think tank Youthonomics, says, “The Future Is Ours recognises young people are ready for a global system where democracy remains a guiding principle, but where a symbolic country like the one we have proposed that represents global youth, could join nation states in making vital decisions at future COPs. Like the characters in the Star Wars series, this generation does not care so much about country of birth or the colour of your skin but in shared values and vision. The future is theirs and it is incumbent upon us all to ensure their voices are heard. So now it’s time to give #StarWarsGen a real seat at the table at all future climate change talks.”

Frank Wilczek, American theoretical physicist, mathematician and a Nobel Laureate says, “with the global system of governance heavily reliant on territorial nation-states who inevitably represent their own national interest, who is representing humanity as a whole?" 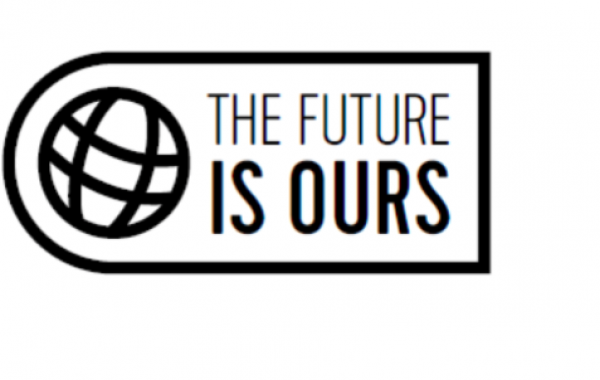