The winners of the AHRC ‘Research In Film’ Awards have been announced at a special ceremony at the home of British film, BAFTA and the Ladbury team were there to join in the celebrations.

Hundreds of films were submitted for the Awards in five categories. A panel of expert judges helped to decide the shortlisted films and the overall winner in each category.

The winning films are Kieran Baxter’s stunning visual reinterpretation of two prehistoric hillforts perched on the periphery of the Grampian Mountains in Angus, Scotland called The Caterthuns, which won the Doctorial Award. Village Tales – a frank documentary about child marriage following the daily lives of four young women in rural India who take the camera to tell their own stories by Sue Sudbury, which won the Innovation Award. A moving short charting artist Cristina Nunez's use of self-portraiture with a group of people in long term recovery in Wonderland: the art of becoming human by Amanda Ravetz, which won the Utopia Award. Max Thurlow’s Awa: Zimbabwe’s Rap Queen, which follows an inspirational female rapper who addresses social issues in her music from abortion, prostitution, rape, and domestic violence, which won the Inspiration Award, and a short about saving the Southbank skate park in You Can’t Move History by Pollyanna Ruiz, which won the Best Research Film of the Year Award.

Jan Dalley, Art Editor at the Financial Times and Chair of the Judging Panel, said:

"The second year of AHRC's Research in Film Awards has brought a fantastic range of powerful short documentary films of the highest quality and the judges had a really tough job to make their choices. Each of the winning films, which tell such amazing stories so well, beautifully illustrate the power of film-making as a medium to capture the importance and impact of research."

We at Ladbury have found it a complete pleasure to work with the AHRC and their wonderful team this year, and details of the 2017 Research in Film Awards will be announced in the spring of next year. 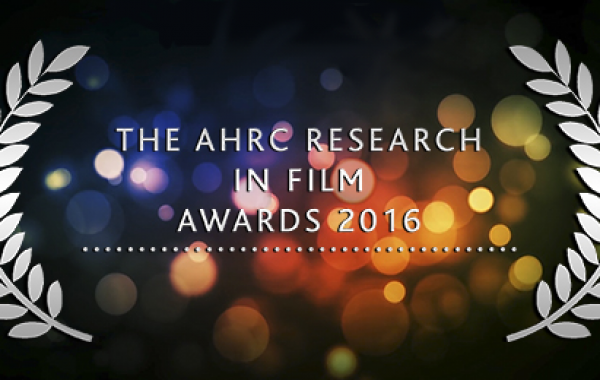