Thingful, is a Google-style indexing site for the Internet of Things created by tech entrepreneur Usman Haque. Ladbury has been working with Haque and the Thingful team since it launched in Alpha in December last year. Now in beta Thingful gives visibility to the emerging network of connected things and enables people, organisations, and cities to easily access and use the data these devices and sensors generate, has developed a range of new features, including the ability for people and companies to claim and verify ownership of their things, and to be notified about the real time status of the connected objects they are monitoring. Thingful indexes dozens of popular Internet of Things networks, connected objects around the world such as energy, radiation, weather, and air quality devices as well as seismographs, iBeacons, ships, aircraft and even animal trackers. 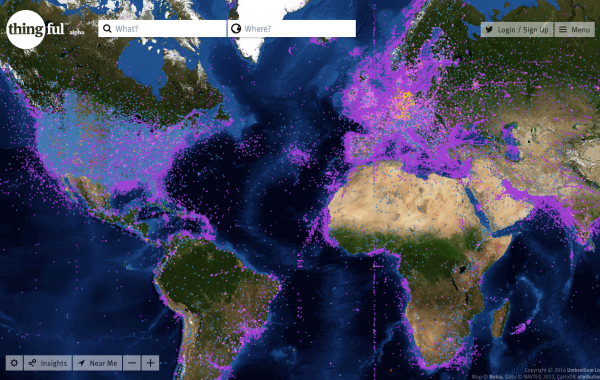