Rebecca Ladbury did some amazing work with communications and logistics, really some of the best I’ve ever seen in my now quite long career so congratulations to you for that.

Ladbury was commissioned by Promundo, an internationl NGO that works in gender equality and violence provention, to oversee the global release of the first ever State of the World’s Fathers Report.

The global launch of the report took place in New York at the United Nations headquarters with UNFPA and the Global Clinton Initiative, Chelsea Clinton led the opening remarks. The report was published by MenCare (Promundo, Sonke Gender Justice, Save the Children, Rutgers and the MenEngage Alliance), Ladbury PR oversaw related events in London (hosted by the APPG on Population, Development and Reproductive Health in collaboration with The International Planned Parenthood Federation), in Nairobi and others across the week.

Around 80 percent of the world’s men and boys will become fathers in their lifetime, and virtually all men have at least some connection to children in caregiving relationships. Yet despite this, engaging men in caregiving is only just beginning to find its way onto the global gender equality agenda.

Each year Save the Children produce a State of the World’s Mothers report and UNICEF a State of the World’s Children report, which closely examines key issues affecting mothers and children respectively, yet there has been no comparable report that brings together similar international data and information about fathers and fatherhood – until now.

The State of the World’s Fathers report is intended to provide a periodic, data-driven snapshot of the state of men’s contributions to parenting and caregiving globally by addressing four issues related to fatherhood: unpaid care work in the home; sexual and reproductive health and rights; men’s caregiving and violence against children and women; and child development. It will define a global agenda for involving men and boys as part of the solution to achieve gender equality and positive outcomes in the lives of women, children, and men themselves. 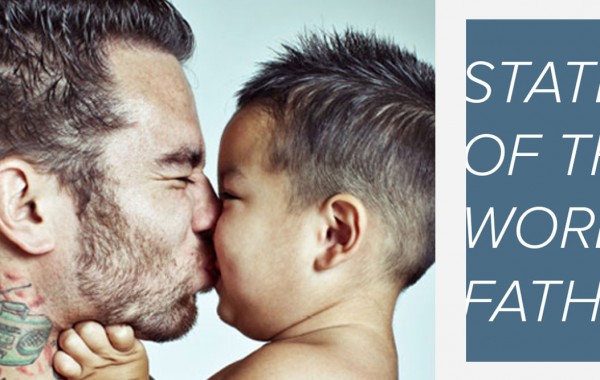