THE THE announce details of ‘Radio Cineola: Trilogy box set’, nationwide screenings of their documentary feature ‘ The Inertia Variations’ and their first live shows in 16 years

THE THE’s busy 2017 gathers pace with the announcement of the Radio Cineola: Trilogy box set, a run of screenings for The Inertia Variations documentary at the ICA in London and Home in Manchester, Watershed in Bristol and Showroom in Sheffield and their first live dates in 16 years.

This latest run of activity follows the release of We Can’t Stop What’s Coming, their first new material in 15 years, as part of this year’s Record Store Day and the UK premiere of The Inertia Variations, the Johanna St Michaels directed documentary, at this year’s Edinburgh International Film Festival.

RADIO CINEOLA TRILOGY: A BROADCAST BY THE THE

The three albums are based upon 12- or 24-hour time-cycles and as interlinked as Borromean rings. THE END OF THE DAY songs/interpretations / performances
THE INERTIA VARIATIONS poetry/soundscapes / spoken word
MIDNIGHT TO MIDNIGHT electronic scores / political commentaries / broadcasts

The box set is broken down across the three discs into distinct ‘chapters’ - the first disc, The End Of The Day contains interpretations of a selection of THE THE songs from singers across the globe and includes THE THE’s recent single We Can’t Stop What’s Coming. The second, The Inertia Variations, features Matt Johnson narrating John Tottenham’s epic poetic cycle on the subjects of work, avoidance, procrastination and the wasting of time over an atmospheric soundtrack and the final disc, Midnight To Midnight includes interviews and soundscapes taken from Johnson’s 12-hour UK Election Day Radio Cineola shortwave broadcast plus the electronic score from The Inertia Variations documentary.

The release of the box set will be marked with a Classic Album Sundays event on Wednesday 18th October at the Elgar Rooms at the Royal Albert Hall. The event will feature a playback and discussion / Q&A with Matt focusing on his soundtrack work on the scores for Moonbug, Tony, Hyena and The Inertia Variations.

INFORMATION ABOUT THE EVENT CAN BE FOUND HERE:

TICKETS CAN BE PURCHASED VIA THE FOLLOWING LINK:

Additionally, having received its world premiere at this year’s Gothenburg Film Festival, and UK premiere at the Edinburgh International Film Festival, Johanna St Michaels documentary about Matt Johnson, The Inertia Variations is set for a week long run of screenings in October at London’s ICA, Home in Manchester, Showroom in Sheffield,Watershed in Bristol and others.

The 84-minute documentary, inspired by the poem of the same name by British-born, Los Angeles based poet John Tottenham, is centered around the Radio Cineola broadcast and within the film, through recitations of John Tottenham’s poetry, Matt Johnson examines his sometimes troubled relationship with celebrity and the creative process and, through the tragic deaths of his mother and two of his brothers, how bereavement has informed his work and outlook.

London premiere at the ICA on Friday 20th October with a showing of the film and Q&A with Matt Johnson and Johanna St Michaels, the documentary will then be shown twice daily on 21st, 22nd, 24th, 25th and 26th October. The documentary is accompanied later each day by screenings of THE THE’s Infected: The Movie, which was previously shown publicly for the first time in almost 30 years at the ICA in September of 2016. www.ica.art

Finally, having last played live as part of David Bowie’s Meltdown at London’s South Bank in 2002,THE THE have announced a pair of dates in June 2018: a headline show at the Heartland Festival in Denmark followed by a concert at London’s Royal Albert Hall. 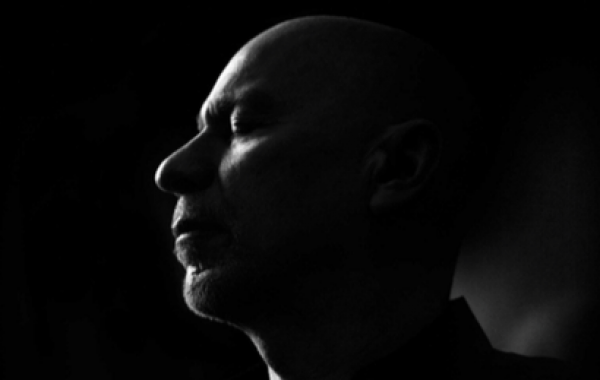