The Ageas Salisbury International Arts Festival 2016 is underway and the Ladbury team have been having a ball.The festival kicked off with a splendid opening ceremony event where Maori culture was at the heart of the celebrations. Whakatuwhera, was held in Salisbury Cathedral Close, which drew on the Maori welcome powhiri and the arts of kapa haka. Spectators gathered around a circle of fire to watch the ceremony and under the festival chorus director, Howard Moody, hundreds of singers burst in to song to welcome Ngati Ranana - Maori arts club. It was quite the spectacle with tongue-wagging aplenty from the muscle-bound Maori performers (which later had to be explained to the Ladbury team, was not a reaction to our staggering beauty but simply part of the traditional dance… We knew that).

Also this week we heard the beautiful and fantastic Juliet Stevenson’s Inheritance Tracks on BBC Radio 4’s Saturday Live. Juliet is appearing at the Ageas Salisbury International Arts Festival on June 9th for an “In Conversation” with the Telegraph’s Matthew Stadlen. Yasmin had the pleasure of attending the recording with Juliet and was, in her words, “hypnotised buy Juliet’s celestial voice” as she regaled the studio with childhood memories of her mother singing Que Sera and her beautiful voice oscillating against the stone walls of their family home in Malta. She went on, very movingly, to explain how her mother had an enormous talent for singing, but it was wasted due to her being borne of a generation where women simply didn’t have the option to cultivate a career, let alone one in the arts. A wonderful, rare glimpse of a fascinating life - to be continued at the Salisbury Festival… Furthermore, we have to mention that Juliet’s talents were surpassed by her sheer charm and warmth to everyone on the day of the recording and so thank you Juliet.

The Ladbury team also experienced first hand, the explosive, tap dancing, bee -boppin’ energy of Hot Sardines as they went in to talk to Jazz FM’s legendary DJ, Nigel Williams about their upcoming tour, starting with a performance at The Salisbury Playhouse. Tensions ran high as pianist Evan and singer Elizabeth almost didn’t make it to the interview thanks to a well-known London cab company and their overworked team … We won’t say who they are but they rhyme with Haddison Bee… Anyway, all was not lost: Evan and Elizabeth made it in the end and the interview went as smoothly as a John Thompson “Jazz Club” cutaway shot. Nice…

And lastly we have to say an enormous thank you to the sublime Frieda Hughes, whose wonderful piece in the Guardian Family section was a joy for us to organise and her efforts in helping to promote the Salisbury Festival have been second to none. We are particularly grateful to her for leaving her beloved Eurasian owls for the night and coming to London to appear on BBC Radio 4’s Midweek for us!

Until next time… Keep on rockin' in the free world, 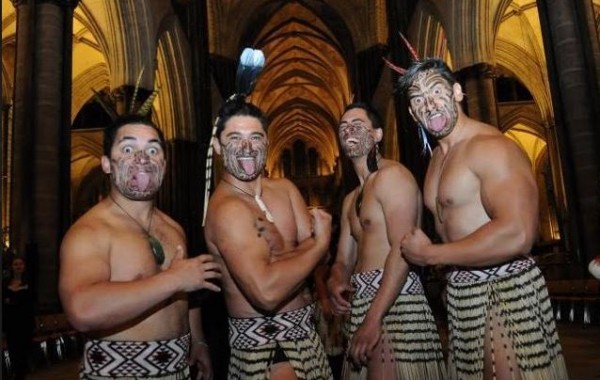