Posted on November 17 2020 by Rebecca Ladbury

Soundworlds is a new four-part series of theatre podcasts directed by dramaturg Patrick Eakin Young and produced by Eleanor Turney using binaural sound to transport the listener to new worlds. The series takes the best bits of radio, theatre, sound art and story made by exceptional artists, musicians, ensembles and theatre-makers from the UK and internationally, to create uniquely immersive works of sonic theatre.

This first season of work comprises Remnants directed by Eakin Young, Man On Wire by Dutch theatre collective Club Gewalt, new adaptations of Raymond Carver’s What We Talk About When We Talk About Love, and three brand new commissions in which artists from independent music label Erased Tapes have collaborated with theatre makers to produce experimental new narratives called Home Tapes.

Remnants, is an extraordinary auditory excavation, unearthing the songs and stories of love and loss buried in the soil of post-war Bosnia, based on a memoir by Courtney Angela Brkic, with music by Christian Mason and  Shelley Parker. Drawn to Bosnia by her family history, Brkic joined a UN forensics team helping to excavate the mass graves at Srebrenica. Among the horrors of war, she discovered remnants of an extraordinary romance between her Catholic grandmother, Angelka, and a young Jewish man, forced into hiding by the Fascists. Its release marks the 25th anniversary of the Srebrenica Massacre.

“The horror of a real-life account is viscerally realised in the audience’s minds, through the power of suggestion and the human voice raised in song” The Telegraph (on Eakin Young’s 2017 theatre production of Remnants)

“A striking new work… Fresh, daring and at ease with its various means of artistic expression.” The Guardian (on Eakin Young’s 2014 production, Triptych)

Man on Wire followsPhilippe Petit’s astonishing tight-rope walk between the Twin Towers in 1974. Using Petit’s own words as the basis for the show’s libretto, theatre collective Club Gewalt place themselves in the mind of this mysterious legend through an eclectic album of songs.

“The country’s bravest young theatre company sings about the beauty of taking risk, the seemingly foolish and reckless, the passion in the allegedly futile.” 8Weekly (on Club Gerwalt’s 2013 theatre production of Man on Wire)

The Soundworld’s logo was designed by A Practice for Everyday Life, a London-based graphic design studio with whom Eakin Young worked to develop a libretto publication for the original theatrical run of Remnants in 2017, with each episode illustrated by South African based artist Jonah Sack.

Soundworlds is directed by Patrick Eakin Young and produced by Eleanor Turney. 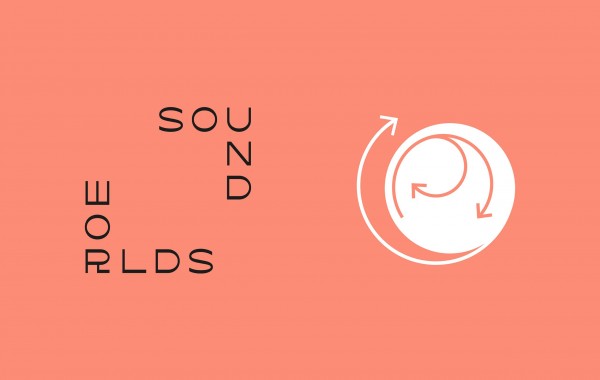