From mysterious creatures appearing on city streets eager to make new friends, to forbidden buttons that connect the curious of Oxford, each of the shortlisted projects has found creative ways to celebrate the Shared City theme.

Artists, designers, technologists and creative practitioners were challenged to propose distinctive ideas that put people and play at the heart of Oxford. Responding to the theme of Shared City, applicants proposed using smart city technology in innovative ways to create opportunities for connection between the diverse populations who live, visit and work within Oxford.

This is the first time the Playable City model has been used in the UK outside of the annual Award and over 80 entries were received from 28 countries around the world.

The six shortlisted ideas are now available to view online and the public are invited to submit comments and questions via the Playable City website until 18 July. All feedback will be shared with the judging panel and the winner will be announced on 01 August 2017.

In addition to the £30,000 award, the R&D commission offers the winner dedicated practical support and guidance to realize their ideas. The winning idea will be unveiled in Oxford in November.

The six shortlisted projects are:

Show Us Your City | Thomas Buchanan and , UK

Oxford could be set to adopt a new family. Three connected, cheerful yet nomadic characters – that look somewhere between robots and cartoon characters – will ask questions and suggest challenges to the people of Oxford creating unexpected interactions, as well as asking friendly locals to show them around their newly adopted home by moving, lifting or rolling them between the city’s public spaces. Each character’s location will be openly available through Oxfordshire Open Data and the public will be able to keep up with their movements via their very own website.

Star Light, Star Bright brings to life dark, gloomy streets via mounted, push activated lights. Placed in clusters across the city, the lights encourage players to come together to map star constellations from the night sky above Oxford onto the city’s surfaces. Connecting strangers for a shared serendipitous moment, each Star Bright beacon will shine brighter as more are activated, until the final beacon cues the whole cluster to mark the night with bright beams of light bathing those beneath in a constellation of stars.

Imagine if a button pressed on the outskirts of town could blow up a balloon in the city centre? What if a button on the Bridge of Sighs could send a poem to your friends phone? Do Not Press is an accessible, playful game to connect the curious across the various areas and communities of Oxford and reward them for playing together. Those who dare to press the apparently forbidden buttons will open the door to a myriad of digital adventures that have been woven into the fabric of the city.

Overnight, two brightly coloured doors magically appear on the streets of Oxford. A plaque invites passers-by to knock on them. Connecting two separate parts of the city, a knock on one door will mysteriously be heard on the other, creating a surprising conversation. Small video peepholes will allow viewers to teleport themselves to the mysterious alternate location to create a connection of their new friend on the other side of town.

Weaving a web of micro adventures or 'Bimbles', Love Thy Neighbour invites residents to experience the true, diverse character of the city, offering a myriad of journeys incorporating celebrated, popular landmarks and hidden gems in the lesser known parts of the city’s nooks and crannies. The people of Oxford will also be invited to create their very own ‘Bimble’, providing residents with the opportunity to truly walk in one another’s footsteps and share favourite parts of the city with each other.

The panel will comprise industry judges at the forefront of art, society, and technology.

Hilary O’Shaughnessy , Lead Producer, Playable City, says, “The breadth of ideas and vision in the shortlist shows the strength and reach of the Playable City theme across all creative sectors. We are excited to choose and produce a project of global ambition that begins in the unique city of Oxford.”

Sebastian Johnson, Vice-Chair of Smart Oxford and Principal Economic Development Officer at Oxford City Council, says, “A Playable City approach will start new conversations, imagine new futures and make new connections - it is a way of thinking differently about Oxford; as a shared city that links our diverse communities.”

Lord Michael Heseltine says, “I am delighted to be chairing the judging panel of the Smart Oxford Playable City Commission.  I’m looking forward to working with my fellow judges to review the innovative and creative ideas the competition has generated and am excited to see the winning entry delivered in the iconic city of Oxford.”

For all things Playable City visit

For all things Smart Oxford visit 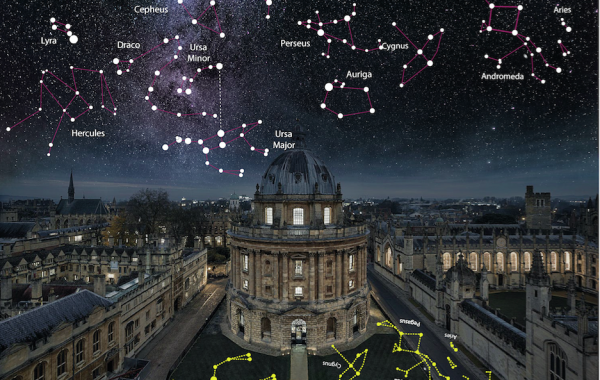