In the Spring of 2021, singer/songwriter Rebecca Ferguson met with the DCMS to share her experience of bullying, harassment, and discrimination, whilst working in the music industry.  Five years on, following the exposure of Harvey Weinstein’s toxic behaviour, these issues continue to be a problem in the creative industries, often making headline news.

Since last year questions have been raised about the extent of harassment in the entertainment sector and what more could be done to tackle it as well as the need for greater support for survivors. Now is the time for the creative industries to lead the way.

Foundations for this work were laid by the film and television sectors coming together in 2017 - the BFI and BAFTA alongside UK Time’s Up - to develop Guidance and Principles which were launched the following year and embraced and adapted by other sectors within the creative industries. To further the work, a cross-industry group with representation from the creative industries led by Creative UK's Caroline Norbury MBE was created to agree a plan of action. Representatives included the music, TV, film, theatre, advertising, video games, and fashion sectors.

“At our first meeting in June 2021, attendees agreed to ensure codes of practice were in place for each sub sector; existing support and signposting was improved and simplified;”; says Caroline Norbury MBE, Chief Executive, Creative UK, “and valuable commitments were made regarding the development of training and standards to ensure culture change was accelerated. However, we have also heard concerns that there are gaps in support and areas for improvement, such as improving the visibility of existing support, difficulties around monitoring the effectiveness of support and the need for ongoing training.”

UK Time’s Up, a charity committed to the eradication of bullying and harassment in the creative sector, proposed the idea for an Independent Standards Authority, developed in collaboration with legal law firm Fieldfisher and its partners Jill Greenfield and Sarah Ellson. One of the most challenging gaps being the protection of freelancers, the self-employed and those on short term and informal contracts.

“This is a historic moment for the Film and Television industry to create a new body which will provide a just process for complainants and for those accused, to drive accountability and integrity. The ISA is a crucial development in the fight to eradicate unacceptable behaviour and support safe, respectful and dignified working conditions for all. We are all aware that whilst there are helplines and advice, which  are of course, crucially important, fear and suspicion remain and, in a sector dominated by freelancers with little or zero employment protection, and access to work being based on formal and informal networks, many continue to suffer in silence”, says Dame Heather Rabbatts, Chair, UK Time’s Up.

“Specifically, where the complaint is historic in nature, where it relates to conduct outside work, or if there are multiple complaints, there is currently no process. Only by creating a body which stands fully independent, with processes and investigations informed by legal standards of confidentiality, can there be confidence and trust, and more broadly, for the integrity of the industry to be assured.”

The DCMS Secretary of State, Nadine Dorries, attended an industry roundtable in January 2022 to make clear the importance of industry’s work and its role in ensuring the welfare of all those who work in the creative industries;

“No one should experience bullying or harassment - no matter what industry they’re in.

I feel strongly that it is for the creative industries to ensure the welfare of those working in them.  I encourage industry to improve welfare standards and fully address unacceptable behaviour and practices.

I welcome the steps already taken by industry to improve standards, but I want to see more. I want there to be a safe and welcoming environment for everyone who wants to work in film, TV, music, and the wider creative sectors - no matter who they are, or where they’re from.”

The proposal for the Independent Standards Authority will bring together expertise and advice and, crucially, will have the ability to investigate and drive accountability. Currently, where an individual has suffered harassment after a production has concluded, they have limited or unclear places to report, and the person complained against has no due process, leaving only media exposure which can result in cancellation of shows and the loss of work for so many with neither the survivor nor the “alleged offender” being afforded a just hearing.

As well as conducting investigations, the Independent Standards Authority will also offer mediation services as many survivors do not want a formal investigation. It will also be able to offer insight and good practice from the learning that derives as well as identify gaps in provision.

The Independent Standards Authority is being developed in close collaboration with colleagues at The Hollywood Commission, which was created in 2017 to stop discrimination, harassment, and abuse in entertainment. Many of the stakeholders in the Independent Standards Authority will have HQs in the US so the two bodies being able to learn together, develop future best practice and identify gaps, will be crucial.

For practical reasons, during the first phase of establishing the independent standards authority the remit will initially cover film and TV, with the wider creative industries joining subsequently.

Rebecca Ferguson says, “There is an opportunity to change the way creatives are treated in our country, by supporting this you are making history. The ISA is a monumental step that will support future creatives, which could include your children, grandchildren or family members. By supporting the ISA you are making our industry safer and impacting peoples’ lives in a very positive way. Every industry deserves good practice and standards so that we can all work together harmoniously. Nobody deserves to go to work in fear. Thank you”

Keira Knightley OBE says, “For anyone to fulfil their creative potential there cannot be fear or disrespect or any kind. We are all entitled to work in safe, respectful spaces where dignity for all is upheld. I believe the ISA is an important step in helping to achieve this.”

Naomie Harris says, “No one should go to work fearful of harassment, bullying and abuse. For anyone to have their voice and reach their full potential, where we work must be safe and respectful. I believe the ISA is an important step in helping to achieve this.”

UK Time’s Up Board said:

“Since its inception at the BAFTAs four years ago in February 2018, UK Time’s Up has been dedicated to working with others to ensure that bullying, harassment, and abuse are no longer tolerated. We have worked on guidance for both broadcasters and producers and we were one of the first to campaign and support intimacy coordinators who are now considered normal practice within production. However, there are still too many cases of people subjected to bullying and harassment falling through the gaps and their voices remaining unheard. Unfortunately, these behaviours remain a systemic problem for freelancers at all levels of the film and TV industry from the largest scale productions to low budget projects. The proposal of the ISA will seek to close these gaps and offer a confidential space for these survivors not only to offer advice and mediation when requested, but also for the first-time, accountability. It is important to emphasise that the ISA in no way seeks to replace the good practice and procedures already out there, rather it will seek to complement them and ensure that everyone’s voices can be heard. As an industry we need to work together to stamp out these toxic practices, support one another, share learning and never stop, moving the industry forward to a future with solid foundations of good practice.”

“Despite the many positive steps taken by the Creative Industries in recent years to tackle bullying and harassment across the sector, it is clear that further interventions are still required to effectively address these issues. Feedback gathered by the cross-industry group led by Creative UK has shown that current practices, while much improved, do not offer sufficient support to victims of abuse, nor provide adequate processes for all complaints to be dealt with in a robust, fair and confidential manner. Every person working in the Creative Industries should be able to do their job with the expectation that they will not face bullying or harassment, and we believe that establishing the proposed ISA will ensure significant progress is made towards driving accountability and eradicating inappropriate behaviour within our sector.”

“Bullying and harassment have no place in the Film and Television industries and all employers have a responsibility to provide a safe working environment for all.  I’m proud of the work BAFTA, together with the BFI, has done to create a set of Principles and Guidance for employers as a step towards eradicating this unacceptable behaviour in the workplace.  However, in industries that rely on freelancers on short term and informal contracts, we too often hear that there is nowhere to go when contracts have ended.  This ‘grey area’ leaves many feeling there is no recourse, other than to go to the media. As an arts charity, BAFTA supports the proposal of a truly independent, trusted body that has the authority and legal infrastructure to provide a proper process for complainants and those accused.  We believe the introduction of an Independent Standards Authority is not only a welcome addition to our industries, it is essential.”

“Everyone, including freelancers working in film and TV, should have the right to feel safe and respected at work and we should all be able to carry out our jobs free from bullying and harassment.

The mental toll sexual harassment has on its victims is devastating and it is always preferable for issues to be resolved as quickly as possible to minimise suffering and ensure perpetrators are held to account. But it’s also important that victims have somewhere to turn for support in historical cases and when dealing with serial offenders. The Independent Standards Authority can be a positive step toward change and we hope will give workers increased confidence in raising concerns.” 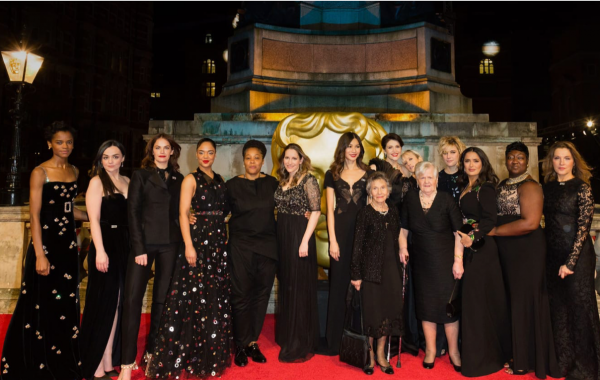