“I am a criminal only because I cannot maintain a £1400 a month prescription” Carly Barton, June 2019

Wednesday 26 June 2019, London UK: Patients with some of the most painful debilitating conditions such as cancer, epilepsy, Crohn's disease and multiple sclerosis (MS), are being denied legal access to medicinal cannabis by the NHS - medicine that would transform their lives and provide relief from a life of pain and discomfort.

A campaign spearheaded by Carly Barton, a 32-year-old woman from Brighton who has been suffering from chronic pain since she had a stroke at the age of 24, allows patients to register to grow their own cannabis without fear of prosecution from police. The campaign has already seen hundreds of chronically ill people across the country write to their local Police and Crime Commissioner, calling for respect and amnesty for individual’s consumption of cannabis for medicinal purposes. “I am receiving daily communications from patients all over the country who have been subjected to heavy handed raids on their family homes, despite the fact that they have been making every attempt to source their medicine through the legal prescription route set out by the Government last year.” says Carly who is constantly living with this threat.

This week, as the world’s leading cannabis specialists gather at the Cannabis Europa Summit in London, Carly’s Amnesty has received cross-party support and the backing of two leading police organisations.

Crispin Blunt, MP, from the Conservative Drug Reform Group says; “British Drug policy is riddled with cruel absurdity. Nowhere is this more unjust than patients with a recognised condition who have to grow their own medicine to avoid buying from criminals. So, our system declares them criminals too. Carly Barton has done amazing work exposing this and Carly's amnesty needs to be adopted now.”

Thangam Debbonaire & Jeff Smith, from the Labour Party Drug Reform Group, say; "Everyone in Carly's position should be able to access medical cannabis without fear of being criminalised. But as her story shows, the current system is forcing people to either pay thousands or take risks to get what they need. The Government should look carefully at Carly's amnesty, and all proposals that would enable immediate legal access to the drug. We shouldn't make people with chronic conditions wait any longer."

Caroline Lucas MP, from The Green Party says; “It’s a scandal that patients are criminalised for consuming medicine that they legally qualify for, simply because they cannot afford to buy immunity.  Patients should be able to grow their own safe supply of cannabis in a transparent way, without fear of arrest, until there is prescribing via the NHS.”

Simon Kempton from The Police Federation says; ““I am completely sympathetic to the plight Carly faces. After a long struggle she and many others in her position believed they had found an answer to their issue with a change in legislation by this government last year, something the majority of people welcomed. However, it would appear that, due to some unforeseen difficulties, many are still unable to access the medicinal cannabis they have been prescribed. This appears to be inherently unfair and places those with these chronic conditions in a desperate situation.

However, my concern is also for those police officers who, in trying to do the right thing, are placed in a situation where they might have to arrest an individual who has felt compelled to step outside of the law in order to access this medication. My colleagues and I joined the police, in part, to arrest criminals, including those who further the scourge of drugs in society by dealing and trafficking those drugs. We did not join to criminalise people who merely wish to live pain free. My colleagues in Sussex have dealt with this situation in an extremely sensible and pragmatic way, but as this lack of access will affect many more people across the UK, we have to be able to respond in a uniform manner so that all are treated equally.

But it is not for the police to decide which laws to impose and which laws to enforce. That is a function of Parliament. This is why I believe the answer to this situation lies with Parliament, with the Home Office and the Department for Health, and with the NHS, to allow those in Caryl’s position to live pain-free and to allow police officers to concentrate on fighting crime and keeping us all safe.”

Dr Rick Muir, Director of The Police Foundation says; “Patients with a recognised condition should be allowed to grow their own cannabis for medical purposes.  Otherwise we are forcing people who need to use cannabis for health reasons into the criminal economy.  Carly's amnesty is a positive proposal and should be adopted nationwide.”

The NHS would like to see Randomised Controlled Trials completed before prescribing, however these have not been completed in any other countries who have legalised for medical use, this has been for good reason. RCT’s are not only extremely expensive but will take three years per condition to complete. Medicinal Cannabis can potentially treat 300+ conditions, that means we would require 900 years of research before an NHS doctor can write a prescription. A self-reporting National trial could however, be implemented immediately.

“We need to be exceptionalist about this,” says Carly, “Cannabis is not a new medicine, it is widely available, and it can be easily cultivated responsibly while we wait for policy to catch up. The very least we can do here, if access is impeded, is to remove the fear felt by patients who are already successfully using this medicine to keep them well.

This week, also saw a real tale of two cities; an announcement of a new private ‘express access’ clinic that will be opening on Harley Street, London, whilst patients with exactly the same conditions, in the same Postcode as those being privately cared for, are having their homes and lives disrupted for consuming the same medicine. The only difference? Their bank balance.

Carly continues: “in the exceptional circumstances of the few individuals who already qualify for Medicinal Cannabis prescriptions, I consider that there is substantial grounds for an urgent policy and/or legislative adjustment to do justice to their individual cases.”

“A private letter to the Home Secretary from experts in this area is currently being drafted, this will be co-signed by Police Organisations, Police Chiefs and a huge percentage of Police and Crime Commissioners nationwide. It will state that they would welcome a slight amendment in policy in order to allow a programme, such as Carly’s Amnesty, to run throughout the UK. It is imperative that the Home Office listen to the wisdom of those being asked to enforce, who are very clearly calling for an end to this prolonged injustice that is affecting the lives of families in every corner of the country.”

Carly’s amnesty rejects a system where chronically ill people are criminalised for treating themselves with a medicine that they legally qualify for simply because they cannot buy exemption.

Carly Barton is one of the most prominent medical cannabis
activists in the UK. 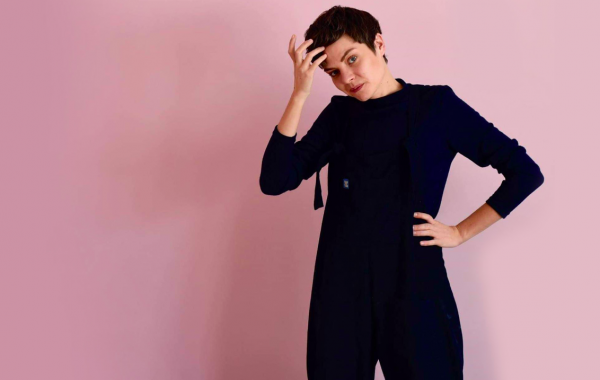