Posted on October 5 2021 by Danya Agababian

Watershed is delighted to once again partner with the BFI London Film Festival to bring film lovers across Bristol and the South West a unique and innovative Festival experience in 2021, allowing audiences to enjoy both cinema and virtual screenings across the Festival from tomorrow 6 to 17 October.

The Festival has teamed up with Watershed and other cinemas across the UK to offer exclusive previews from the programme and Watershed will screen 14 titles across October giving audiences the chance to be the first to see new films starring Idris Elba, Denzel Washington, Kristen Stewart, Timothy Spall, Tilda Swinton, William DaFoe and Frances McDormand, from directors including Clio Barnard (The Selfish Giant), Wes Anderson (The Grand Budapest Hotel, Fantastic Mr Fox), Edgar Wright (Shaun of the Dead), Céline Sciamma (Portrait of a Lady on Fire), Apichatpong Weerasethakul (Uncle Boonmee Who Can Recall His Past Lives), Pablo Larrain (Neruda) and more.

Watershed Cinema Curator Mark Cosgrove says, "We are thrilled to be working in partnership again with BFI London Film Festival to bring some of the most exciting new films to Bristol and South West audiences. After a long hard year - large parts of which were without access to social entertainment - this is a very welcome cinematic treat of exclusive previews of some of the finest films coming up over the next six months. Look forward to seeing you in the cinema at Watershed.”

Inspired by the real-life stories of African-American cowboys and featuring an all-star cast, director Jeymes Samuel’s feature debut is an explosive and stylish Western quite unlike any other.

Sublime ‘fable from a true story’ imagines a Christmas weekend at Sandringham in the early 1990s, as an unhappy Princess Diana contemplates saying ‘no’.

Joanna Hogg’s glorious follow up to The Souvenir sees Honor Swinton Byrne returning as Julie for this rich autofictional portrait of the birth of a filmmaker.

Inspired by Haruki Murakami’s short story, director Ryusuke Hamaguchi takes us on an unpredictable and self-revelatory journey in this serene yet riveting drama.

A young woman is transported back to the 1960s in this endlessly inventive, time-travelling horror fantasy from the brilliant Edgar Wright.

Agathe Rousselle makes a ferocious debut as a killer on the run, in director Julia Ducournau’s electrifying techno-chiller, fresh from its triumph in Cannes.

Wes Anderson’s delightful, star-studded homage to journalism and literary magazines is a feast for the eyes and a whip-smart comic delight.

Truth is funnier than fiction in this delightful and effortlessly charming tribute to Maurice Flitcroft, the ‘world’s worst golfer’.

Jacques Audiard ventures into new territory with a vibrant take on love and Paris, as four characters cross amorous paths in the modern city.

Winner of the World Cinema Grand Jury Prize for Documentary at Sundance Film Festival, Flee is a testament to friendship, family and acceptance.

In this radiant tale, director Céline Sciamma crafts a mysterious and delicate exploration of childhood and grief. 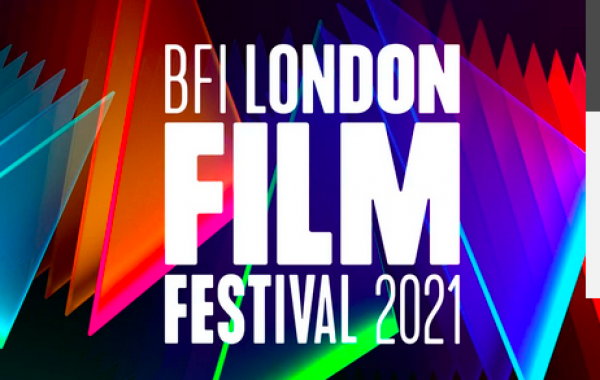